NGO cautions Ghanaians against alcoholism ahead of World Diabetes Day 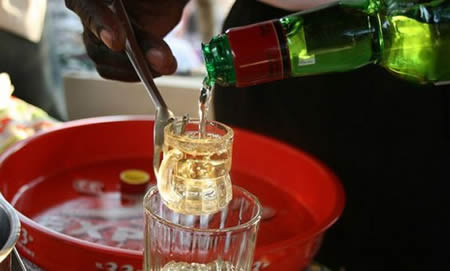 Think Health International-Ghana, a Non-Governmental Organisation has cautioned Ghanaians against alcoholism and drug abuse, as the country marks this year’s World Diabetes Day.

A statement signed by Mr Richard Boahen, the Executive Director of the NGO, which works to promote the welfare of people, advised the general public to check and moderate their eating habits and exercise regularly to guard against high blood pressure.

Instituted by the International Diabetes Federation (IDF), the World Diabetes Day falls in November 14, every year and the theme for this year’s campaign is “Women and diabetes – our right to a healthy future”.

It promotes the importance of affordable and equitable access for all women at risk of or living with diabetes, to the essential diabetes medicines and technologies, self-management education and information they require, achieving optimal diabetes outcomes and strengthening their capacity to prevent type 2 diabetes.

The statement further entreated Ghanaians to go for regular medical check-ups to know their health status and also learn more about remote causes of diabetes.

It called for an intensified campaign on the prevention and management of diabetes, to help minimize the chronic disease among the populace.

Meanwhile, statistics posted at the official website of the IDF shows that currently over 199 million women are living with diabetes around the world and the figure is projected to increase to 313 million by 2040.

Two out of every five women with diabetes are of reproductive age, accounting for over 60 million women worldwide.

According to the information diabetes remained the ninth leading cause of death in women globally, causing 2.1 million deaths per year.

Women with “type two” diabetes are almost 10 times more likely to have coronary heart disease than women without the condition, whilst those with “type one” diabetes have an increased risk of early miscarriage or having a baby with malformations.

Nearly 1,800 communities to get electricity – Minister