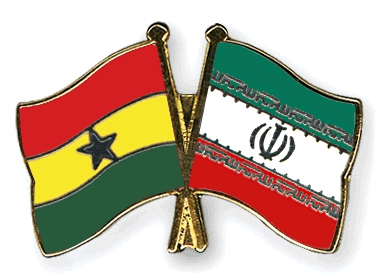 The two-day meeting seeks to enhance the levels of partnership and cooperation to incorporate new thematic areas of policies concerns and initiatives between the two countries.

The thematic areas for cooperation include agriculture, transportation and housing cooperation.

Others are political and strategic consultation, trade, investment, banking and financial cooperation.

Dr Owusu Afriyie Akoto, the Minister of Food and Agriculture, recounted that Ghana had benefited from various forms of financial and technical assistance from Iran.

He mentioned the assistance to include special scholarships and training programmes to Ghana in the areas of health, petroleum and petrochemical engineering, agriculture support projects in the northern parts of Ghana and the upgrading of the Iran Clinic into Polyclinic at Adabraka in Accra.

“The Sixth Session of the PJCC between Ghana and Iran is a further indication of cordial relations and fruitful cooperation between the two countries,” he added.

He noted that two Iranian companies, a cement factory and juice processing factory would be commissioned on the Aflao road and Asamankese in the Eastern Region.

Dr Afriyie Akoto said the areas of cooperation would provide framework for enhancing the levels of partnership and cooperation between Ghana and Iran.

He said both Ghanaian and Iranian deliberations would bring ultimate goal in all agreements and memorandum of understanding (MoUs), as technical people recommended the signing on behalf of the two countries.

Dr Afriyie Akoto further urged both countries to ensure their effective implementation after signing of the MoUs.

He said reports would be made availed for the mutual benefits of the two countries.

Mr Mohmoud Hajjati, the leader of the Iranian Delegation, said there was the need to strengthen cooperation between the two nation; adding that this would promote economic and socio-cultural activities for the betterment of the citizens.

He said the Sixth PJCC Session was a new start and step for Iran in order to deepen and expand the ways and methods of cooperation for the benefit of the two countries.

He said more than 15 individual Iranians from private and corporate institutions had arrived in Ghana to invest in the various sectors of Ghanaian economy.