Global Cities and Communities to speed up climate action 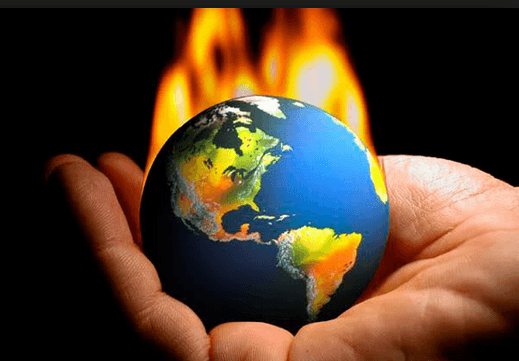 Global cities and communities announced new initiatives at the ongoing UN Climate Change Conference to coordinate their many climate action commitments better and deliver bigger and faster results together.

Senior delegates at the COP23 Human Settlements Day urged governments to get more into the finer detail of policy and planning together with them and raise the ambition of the many national climate plans – known as Nationally Determined Contributions (NDCs) – which countries have submitted under the Paris Climate Change Agreement.

If nations are to uphold the agreement goals and keep the global temperature rise well below 2 degrees Celsius, they need to set clear mechanisms for consulting and engaging with their local and regional governments, making them equal partners in a well-coordinated and effective effort,” said Gino Van Begin, Secretary General of ICLEI – Local Governments for Sustainability.

The action day brought into sharp perspective the inextricably linked and urgent action required to achieve both the Paris Agreement and the 2030 Agenda’s Sustainable Development Goal 11, which is to make cities and human settlements inclusive, safe, resilient and sustainable.

“In the [last] twenty years, the world has seen a gathering of its population in urban areas. This has been accompanied by socio-economic growth in many instances. But the urban landscape is changing and with it, the pressing need for a cohesive and realistic approach to urbanisation,” said UN-Habitat Executive Director, Dr Joan Clos.

Urban areas account for around two-thirds of the world’s greenhouse gas (GHG) emissions from global energy use. Their overall contribution to total greenhouse gas emissions is estimated at between 37 per cent and 49 per cent globally, depending on base assumptions of data used.

Industry sectors connected to human settlements have a major impact. Buildings, for example, are responsible for some 40 per cent of global GHG emissions yet are an essential element for countries to achieve their NDCs. 132 of the NDCs submitted explicitly mention the building sector.

If these NDC pledges were achieved in addition to existing action, about 60 per cent of buildings-related CO2 emissions would be covered. However, nearly one-third of NDCs mentioning buildings do not indicate specific actions on how to achieve their ambition.

“Over the coming years net zero carbon buildings would be essential in helping countries to achieve their nationally determined contributions,” said Terri Wills, CEO of the World Green Building Council.

Seven new initiatives to improve this situation include; work by ICLEI and the global NDC Partnership to design, implement and align climate action strategies across all levels of governments.

“It is up to the community of public, institutional and private investors to assist us in co-creating new markets of opportunity for their sustainable investments: in a transparent and responsible collaborative consultation with us, and by exploring the new financial models, to test and deploy at the scale of identified needs,” said François Albert Amichia, Mayor of Treichville and Minister for Sports, Cote d’Ivoire.

Meanwhile, the Global Alliance for Buildings and Construction, which was launched by France and UN Environment in Paris to increase the decarbonisation of buildings and the construction sector, signed a common statement to dramatically speed up and scale up collaborative action.

“We need to ensure that housing and infrastructure investments that come with growing urbanisation are also low-carbon, resource-efficient and resilient to deliver the 2030 Development Agenda and the Paris Agreement,” said Martina Otto, Head of Cities Unit at UN
Environment.

It is increasingly evident that cities play an essential role in both climate change mitigation and adaption, while improving their citizen’s health and well-being.

Well-planned cities are resilient and reduce congestion, pollution and, by promoting energy and resource efficiency, lead to reduced emissions and resource consumption. They are hubs for innovation, jobs and social interaction.

“Local and Regional Governments welcome the celebration of a Human Settlements Day in the framework of the UN Climate Change negotiations, as a recognition of the critical role of all territorial actors.

It also reaffirms the inter linkages between the climate agenda and all global agendas, making cities and all human settlements inclusive, safe, resilient and sustainable,” said Monica Fein, Mayor of Rosario, Argentina, and Vice-President of United Cities and Local Governments.

Ghana to join the world to mark Global Entrepreneurship Week 2017