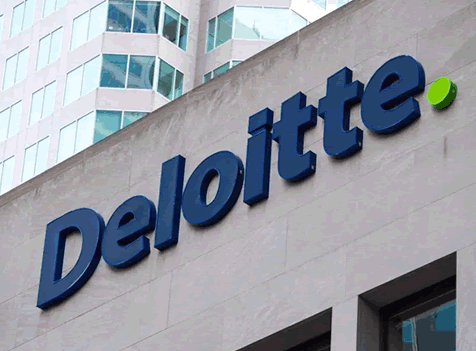 Deloitte, the leading professional service firm in the world on Tuesday issued a call-to-action for companies to reconsider their organisational structure, talent and human resource (HR) strategies to keep pace with the digital revolution.

The 2017 Deloitte Global Human Capital Trends report, dubbed: “Rewriting the rules for the digital age,” indicates that over the past five years, organisations had radically changed the way they measured, evaluate, and recognise employee performance.

The report, which was launched in Accra by Mr Daniel Owusu, Lead Audit Partner, Deloitte Ghana, indicated that, with much initial experimentation, continuous performance management practices were being deployed on a wide scale.

“Now there is more about working together, than trying to say you are my employee, so you do what I asked you to and you must deliver”.

Mr Joseph Olofinsola, Consulting Partner, Deloitte Nigeria, who gave an overview of the report, said in performance management, there was always something to improve upon.

He said the future of organisations would have to be driven by a network of teams; stating that the era where people worked as individuals was gone and gone forever.

Mr Martin Atta-Fynn, Consulting Leader, Deloitte Ghana, reminded management of companies that they were working with people who did not want to be stuck to a desk the whole day; but rather would want to take advantage of technology to work from anywhere and deliver the same result.

He said there was therefore the need for Human Resources to understand the millennial (young generation) and be able to explain to management how to manage them.

The report shows that while not all the tools were in place at every organisation, the new practices were becoming clearer and more standardised.

It said agile goal management, check-ins, and continuous feedback were becoming common, with new models of evaluation and rewards being adopted.

The report said “Company capabilities to implement performance management have improved. Our research shows organisations are 10 per cent more capable than they were in 2015, and most are heavily focused on retraining leaders to implement agile, developmental management approaches.”

“The impact of these new performance practices is high: 90 per cent of companies that have re-designed performance management see direct improvements in engagement, 96 per cent say the processes are simpler, and 83 per cent say they see the quality of conversations between employees and managers going up,” it added.

The report said building the organisation of the future demands a team approach and talent-centric focus.

It said given the pace of change and the constant pressure to adapt, it was not surprising that executives identified building the organisation of the future as the most important challenge for 2017.

The report said this level of interest signals a shift from designing the new organisation to actively build organisational ecosystems and networks.

It said agility plays a central role in the organisation of the future, as companies race to replace structural hierarchies with networks of teams empowered to take action.

The report said leadership development continues to be a significant challenge for companies around the world, as the transition to the new digital organisation creates even larger leadership gaps.