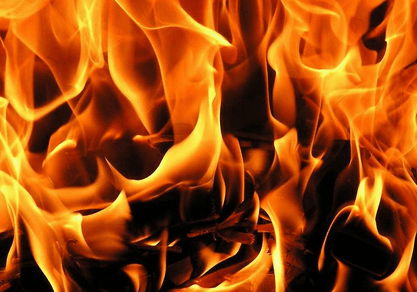 Fire on last Friday burnt down a boys’ dormitory block of the Methodist Vocational School at Baakoniaba, a suburb of Sunyani destroying property worth thousands of Ghana Cedis.

Assistant Divisional Officer (ADO) One  Abdulai Karim, the Sunyani Municipal Operational Officer of the Ghana National Fire Service (GNFS), briefing the Ghana News Agency on Monday in Sunyani stated that the fire started around 09:19 hours in one of the rooms and later extended to all the items including; books, beds, mattresses and personal belongings of the students into ashes.

He said personnel of the GNFS arrived at the scene in less than five minutes after a phone call but due to the intensity of the fire, the officers had to call for reinforcement and also called personnel from the Northern Electricity Department of Volta River Authority in Sunyani to put off the lights in the area before they could start operation.

ADO1 Karim said it took the officers over two hours before they could bring the fire under control but no casualty was recorded.

He said the students went to mid-term on Friday and the few who stayed back due to the distance of their hometowns managed to escape before the arrival of the fire service but could not take anything except the dresses that they were wearing.

ADO1 Karim said the cause of the fire was not immediately known but investigations had commenced to establish it.

He asked the public to keep in mind the GNFS  emergency192 Vodafone line to be able to call on time to save lives and property in case of fire outbreak.

ADO1 Karim said the school authorities had been advised to pull down the skeletal dormitory immediately before the students would return from the mid-term to prevent occurrence of another disaster as it could collapse at any time.

He advised the general public to be extremely cautious in dealing with fire, especially with the beginning of dry season.

Over 100 cleft patients to benefit from free surgery