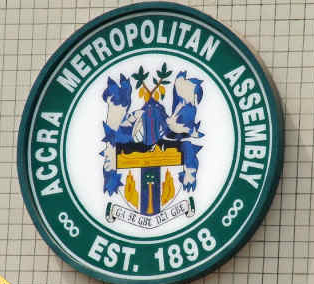 The Accra Metropolitan Assembly (AMA) has engaged the Land Valuation Division of the Land Commission to re-value all properties in the metropolis to help maximise revenue for development of the city.

Mr Mohammed Adjei Sowah, the Accra Metropolitan Chief who made this known in at a news conference in Accra said it had become necessary to mobilise revenue to improve the living conditions of the people.

He urged all property owners in Accra to cooperate with the AMA to ensure the success of the exercise.

He said the new mechanism such as digital address system which was launched recently would help to effectively eliminate all forms of lapses in the system and widen the Assembly’s net of revenue mobilisation.

He said for the past 10 years the AMA had not been able to revalue its properties using supplementary rates of 2006 to charge property rates.

“There had been a big change of physical development from single to two or three storey, multi-storey offices and condominiums, hence the need to collaborate with other stakeholders to bring about the designed change,” he said.

Mr Adjei Sowah said the AMA would benefit substantially from the exercise in terms of increase internally generated funds and establishing a comprehensive spatial data-base.

He said: “People should not see the collection of tolls and rates as a form of punishment since the money collected goes into the construction of roads, markets, schools and the provision of water.”

He gave the assurance that the AMA would not relent in its efforts to improve revenue generation and urged property owners in to be patriotic by paying their rates while cooperating with the revaluation officers in the exercise.

Mr Kwabena Asaidu Gyang, the Acting Director of the Land Valuation Division of the Land Commission said his office was poised to deliver their mandate as the law demands.

He said: “This exercise is long overdue and we are going to adopt the digital approach system when it comes to assessing the properties.”

He said the new system would rigidly prove all information we want from the property owners and urged them to cooperate with the staff who would undertake the exercise.

Mr Gyang appealed to the public to cooperate since there would be people who would go round and take picture of properties to update them.

Over 100 cleft patients to benefit from free surgery