COP23 opens in Bonn to fast track implementation of goals 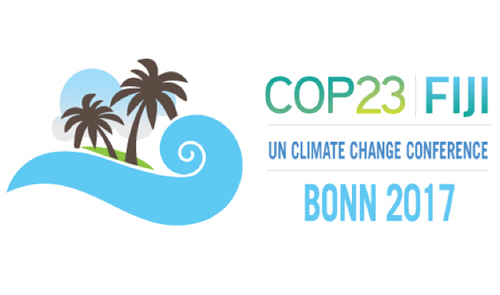 The 2017 United Nations Climate Change Conference opened on Monday with the aim of launching nations towards the next level of ambition to tackle global warming and put the world on a safer and prosperous development path.

The conference, coming just two years after the landmark adoption of the Paris climate change agreement, will also fuel momentum among cities, states, regions, territories, business and civil society in support of national climate action plans, the internationally-agreed temperature goal and the wider objectives of the 2030 Agenda for Sustainable Development.

The conference is itself a welcome mirror of international cooperation and coordination.
COP23 is organised by Bonn-based UN Climate Change, presided over by Fiji and organisationally and logistically supported by the Government of Germany, the region of North-Rhine-Westphalia and the City of Bonn.

Close to 20 country leaders are expected to attend, including President Emmanuel Macron of France and German Chancellor Angela Merkel.

Various transformative initiatives are anticipated including; one from the UN on health and small islands a platform to support engagement with indigenous peoples, a wide-ranging gender action plan and the ramping up of a global risk transfer project that aims to deliver affordable insurance cover to an extra 400 million poor and vulnerable people.

Presided over by Frank Bainimarama, the Prime Minister of Fiji and the first small island developing state to hold this role, the conference comes against a backdrop of extreme weather events that have devastated the lives of millions of people in places like Asia, the Americas and the Caribbean.

The statement said “ the human suffering caused by intensifying hurricanes, wildfires, droughts, floods and threats to food security caused by climate change means there is no time to waste,” said Mr Bainimarama, who takes over as President of the COP23 conference from Morocco during the opening.

“We must preserve the global consensus for decisive action enshrined in the Paris Agreement and aim for the most ambitious part of that target, to limit the global average temperature rise to 1.5 degrees above that of the pre-industrial age,” he said.

“Wherever we live, we are all vulnerable and need to act Fiji is helping build a grand coalition for decisive, coordinated action by governments at every level, by civil society, the private sector and all citizens on earth.

Patricia Espinosa, UN Climate Change Executive Secretary, said: “COP23 in Bonn will show to the world the two faces of climate change, firstly positive, resolute, inspiring momentum by so many governments and a growing array of cities and states to business, civil society leaders and UN agencies aligning to the Paris Agreement’s aims and goals”.