Vessels without toilets will not set sail in Ghanaian waters

November 4, 2017 General News Comments Off on Vessels without toilets will not set sail in Ghanaian waters 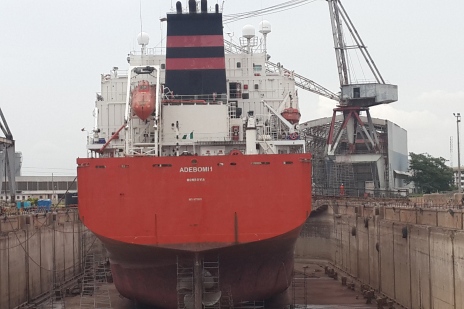 No vessel would be granted authorisation to set sail in Ghana’s waters if it is not fitted with internationally acceptable toilet and sewerage facilities.

According Captain Paapa Nsuako-Owuredu, a Director at the Ghana Maritime Authority (GMA), the Maritime Pollution Act forbids it and “for the sake of decency and human dignity, that practice will not be encouraged at all.”

He was educating stakeholders in the Maritime sector on the Maritime Pollution Act (2016) at a seminar organised by the GMA at the Tema Fishing Harbour.

Captain Nsuako-Owiredu said all vessels shall require an International Sewerage Prevention Pollution Certificate which would be valid for a period adding that re-registration for the certificate would require physical inspection and that the Authority had the right to inspect any vessel at any given time as mandated by law.

On oil pollution, he said the law made it mandatory for vessels to acquire the International Oil Pollution Prevention Certificate and draw up an Oil Pollution Plan before been allowed to set sail.

He urged vessel owners to keep their crafts in good shape at all times since poor maintenance was the major source of oil leaks which cause pollution.

The Captain advised them to seek counsel on the various maritime laws and practices in order to stay in business.

On balance water, he said Ghana had appreciable expertise and logistics to minimise its effects on the marine environment.

The balance water is the water pumped into the lower parts of ships to give it stability while on sail and it could be discharged at other ports.

It could contain evasive plant and animal species which could colonise or alter the ecology of the immediate environment or even further afield.