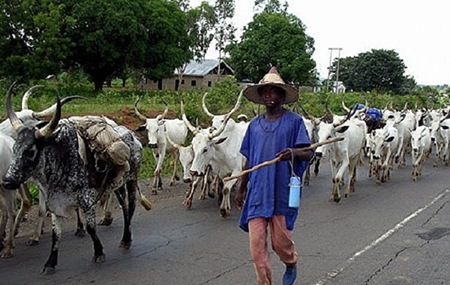 Mr Eric Kwakye Darfour, the Eastern Regional Minister, has urged Ghanaians to remain calm whilst interim measures are being taken to sustain the normalcy to affected communities in the recent Fulani menace.

In a statement signed by the Minister and copied to the Ghana News Agency in Accra, Mr Darfuor assured Ghanaians of government’s commitment to deal with the threat, whilst he expressed government’s deepest condolences to the families and loved ones of the ten people who were killed in the recent conflict between Fulani herdsmen and the Kwahu Community.

“I assure all communities in the Eastern Region and Ghanaians both home and abroad that President Nana Addo Dankwa Akufo-Addo’s Government considers these conflict as a menace to society and a threat to our democratic and peaceful coexistence, more especially at a time when NPP government is taking all the pain to grow investor confidence in the country and empower the private sector as engine of growth.

“Indeed these conflicts are of great concerns and worry to me as the leader of the Region, which I recently inaugurated a steering committee for Investment Coordination for Sustainable Industrial Programme (ERICSIP), an initiative designed to harmonise all investments across the 26 districts of the Region to ensure maximum impact whilst positioning the Region as a modern and sophisticated society for prosperity and dignity.

“As the Regional Minister and also as a Member of Parliament, I will continue to do everything within the laws of Ghana to ensure that the conflicts are addressed to a large extend.

“I consider the following as key action steps towards providing answers to the many questions and eventually a lasting solution to the challenge in which lies many opportunities for a paradigm shift in our agricultural practices including livestock and crop farming.

“An invitation to a frank, open and sincere national discourse on the matter devoid of partisanship and blame games. Facilitating dialogue between the leadership of the affected communities and leadership of cattle rearing associations within the affected district.
“Initiating proposals for policy reforms that should empower the private sector to invest in the application of modern technology and infrastructure in the management of Ghana’s growing cattle industry,” Mr Darfour said.

He said there have been several interventions made by government over the period whether under military or democratic regimes to curb or otherwise mitigate arising from cattle rearing in Ghana, yet we have not succeeded as a country in dealing with the problem.

On the contrary, he said the challenge worsened by day, which could be attributed to several factors including increasing population and increased demand for meat products.

This, he said, had made cattle rearing a lucrative economic activity for entrepreneurs both in the public and private space.

He therefore said addressing the challenge required a holistic and multifaceted approach as it would touch on many sectors of the economy such as agriculture, environment, business development, trade, industry, amongst others.

Biodiversity is a catalyst for poverty alleviation – Frimpong-Boateng