The power of a full stomach; threads connecting the food industry to lingering youth issues 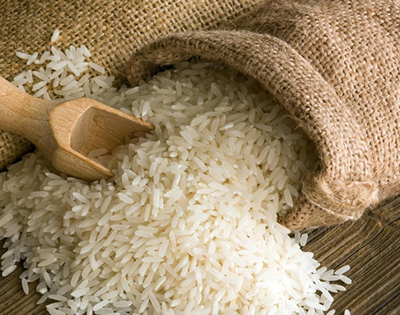 In the most populous black nation, food plays a vital role. It is not only viewed as an essential item at social gatherings, over the years it has become a tool used by certain individuals and groups to pursue their aims and objectives.

A few years ago, during the gubernatorial elections that held in Edo State in the oil producing region of Nigeria, a prominent candidate of the People’s Democratic Party was nick-named ‘The Rice Man’ as he made it an essential part of his campaign strategy to distribute bags of rice to the masses, the bulk of which are young people.  Ibrahim Faruk of the Youth Initiative for Advocacy, Growth and Advancement by Young Eligible Voters gives a fair idea of what it might translate to in a March, 29, 2017 report ‘with over 60 per cent of the country voting population dominated by young eligible voters, youths constitute the largest percentage of registered voters’.

Even those who have secured their positions in the government houses are not left out in seeking to be known. For example sometime in June 2016, in preparation for the Ramadan the government of Borno State of Nigeria made 25kg bags of rice available to interested indigenes. The items were distributed at a designated collection point and steps were taken to ensure that the whole process would be orderly but in a short while those who were meant to keep things in check got engaged in a scuffle over the bags of rice. Stakeholders who describe the happenings as shameful report that about 11am on the morning of the distribution, members of the Nigerian Army showed up and even though the police had barred vehicles from entering the venue insisted on gaining access into the complex with an official vehicle. The arguments got so intense that a soldier allegedly opened fire on a police man who sustained injuries but little was said on the potential security implication of such kinds of incidences.

Emenike Nwachukwu of Nigerian origin who is a graduate of Criminology of Howard University as well as a consulting partner in a security related outfit based in the United States describes the scenario as dangerous. ‘When a man gets hungry it can change him from a rational being to an irrational one’ he says’.  Security starts from being able to feed the hungry populace. Years ago, those officials would not have acted like that but a bag of rice which was about three thousand naira in the past is about thirty thousand naira today’. Emenike’s assertion on the widening security lapse due to poverty may not be far-fetched as reports in the northern parts of Nigeria are pointing to a possible connection between the recruitment of the Almajiris by terror inspired groups due the situation of hunger. The word Almajiris originally referred to migrants who move around in the quest to acquire knowledge in Islam but due to modern exigencies, the word Almajiris is now used to refer to children living in the northern part of the country who go about begging for food. These children who are between the ages of five to eleven have to fend for themselves to survive. As a result of this need some researchers and Journalists have postulated that such needs will make them most likely be loyal and obedient to whomever will provide food.

Imam Idris Rasaq of the Al-khaleeq Islamic Society of Nigeria agrees with the afore-mentioned assessment’ The Almajiris can surely be lured with promises of food and shelter’ he says ‘those are the basic needs of life and they lack so much. So, I am a 100% sure that they are lured through such means. The terrorists are taking advantage of hunger and the lack of basic human needs to further their goals’.  It has become a vicious cycle a kind of chicken and egg situation as those on ground who are trying to take care of the situation are not quite sure if  it is hunger that is breeding insecurity or it is the high rate of insecurity in that part of the country that breeds hunger.

Tina Hanis, a former employee of the National Human Rights Commission and presently a volunteer who works with Internally Displaced Persons in the northern part of the country says it’s hard to tell one from the other as all the children in the camp have become as desperate and as much in need as the Almajiris. This response clearly highlights the potential danger in a country that produces much more than it can eat but loses same during post-harvesting activities.

At a Bank of Industry training targeted for the youth who are the population most likely to be used as tools to perpetuate violence the acting Managing Director Waheed Olagunju in news reports gave a clear picture of the situation by stating that out of about 1.8 million tonnes of tomatoes that are produced yearly over 50% are lost to poor storage but that may be considered a simplistic description of a much bigger problem in the estimation of the hordes of unemployed graduates in Nigeria who even when they get employment are rarely absorbed in the sectors critical to their course of study. Some get frustrated and go into all sorts of vices while others lament the situation. Collette Opara is one such example.  She graduated in 2007 from the department of Food technology of Abia State University but yet has never worked after her compulsory youth service in either a private or public owned food processing company. She is an individual who has what it takes to address the problems of storage but her skills in that area have not been utilized. ‘The employment opportunities are not high’ she explains’ and even when one sees any opportunity they often insist on the applicant having years and years of experience’. She narrated during an exchange on how a university course mate of hers went six years without a job before deciding on becoming self-employed.

A walk round major markets clearly shows that perishable food items are not properly stored. In big markets like Mile 2 in Lagos, Wuse Market in Abuja, Ketu Market etc. it is a common sight to see tomatoes that are in bad shape being thrown away or sold at relatively low prices. This situation comes about as a result of the delay between the time crops are harvested to when they get to the market. The bad condition of the roads is also a critical factor. In small communities like Gapiona in Benin-City, it is no different and the epileptic power supply by service providers also contributes to the problem as some homes in the area go without light for days on end. A visit to the stores in that area reveal that raw items like Tomato are not properly stored and ironically the same tomato which rots in Nigeria but which is preserved in other regions of the world like Italy due to proper storage are displayed and sold in those shops in tins.