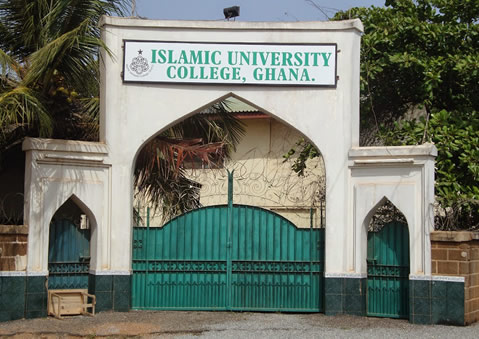 The Islamic University College, Ghana (IUCG) has organised a public lecture on religion and ethics as part of efforts to promote religious diversity and harmony for national development.

The lecture was on the theme: “Whom and what must I believe-Reflections on Life, Politics and Religion.”

“There are several sources from which humans derive their ethical values, conscience, society, the Bible, the Qur’an, ancestral wisdom, the Dhama, the Baghavad Gita and many others,” he said.

Mr Abdul-Hamid, who doubles as an academic, explained that in spite of the multiplicity of ethical sources, “there are certain universal values that are common to these ethical codes.”

Citing copious examples, he mentioned “doing good, paying our debts, refraining from harming others and such other ethical values that keep societies orderly.”

The Minister, however, challenged the notion of strict adherence to a single ethical code.

Illustrating the beauty of diversity, he defended the thesis that “the light is one, but the lamps are many.”

In his welcome address, the President of IUCG, Dr. Mohsen N. Ma’arefi, thanked the Minister and all those who made various efforts to ensure the success of the Lecture.

He appealed to all humans, irrespective of race, gender, and creed – to be interested in answers to the question of “How and why we ought to live?”

He said that question constitutes the core of ethics and moral philosophy.

The audience would learn from the Lecture how to strengthen co-existence and how to interpret salvation from different doctrines in the collective interest of humanity, he said.

Hajj Mumuni Sulemana, who chaired the function, observed that in life “we all have choices and influences.”

The Chairperson, who is the Head of Department of Religions at the University of Ghana, advised the gathering to allow rationality to influence those choices at all times.

Among the dignitaries in attendance were Prof Mohammed Salifu, Executive Secretary of the National Council for Tertiary Education (NCTE), Dr. G. A. Nasser, Vice President, Academics, IUCG; and Dr. Husain Ibrahim, Head of the Department of Religious Studies, IUCG.

In an interview, some of the participants commended the University for the Initiative, saying such public lectures educate the citizenry on the symbiosis between Religion and Governance as tools for national development.

The Lecture was a combined discourse on academic theories and real life situations. It raised a number of thematic areas indicating the multi-dimensional perspectives of Religion.

But in the end, it affirmed a fundamental viewpoint that is critical to peaceful life in a pluralistic society.

Undoubtedly, the viewpoint is respect for diversity in the supreme interest of humanity instead of assumption of supremacy in belief.