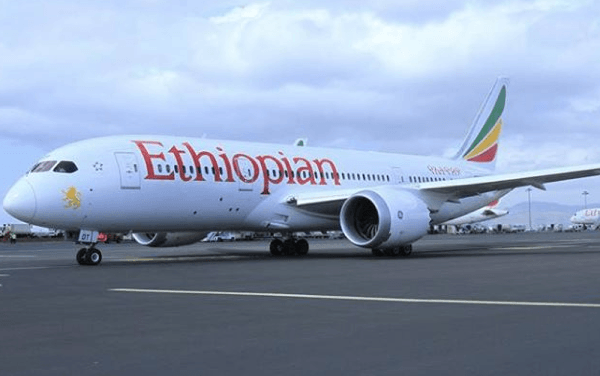 Ethiopian Airlines, the largest and most profitable airline group in Africa, has become the first on the continent to receive and operate the Boeing 787-9 Dreamliner.

The Boeing 787-9 Dreamliner is the second member of the technologically advanced, ultra-comfortable, fuel-efficient and environment-friendly 787 family that Ethiopian will be receiving.

A statement issued in Accra by Mrs Hanna Atnafu, Manager Corporate Communications, Ethiopian Airlines said Ethiopian was the first in the world outside Japan to receive and operate the B787-8 back in August 2012.

It said both the B787-8 and B787-9 offer superior and unmatched on-board comfort thanks to their unique features such as the biggest windows in the sky, high ceiling, less noise, distinctive lighting, higher air humidity as well as 20 percent less fuel.

The statement said the B787-9 was 20 feet or 6 meters longer than the 787-8 and has more passenger capacity with 315 seats and more cargo space.

Mr Tewolde GebreMariam, Group CEO Ethiopian Airlines, said: “Continuing our legacy of pioneering aviation technology in Africa, we are proud to celebrate yet another first with the introduction of the cutting-edge B787-9 into our young and fast growing fleet.”

He said the B787 was their core fleet with 20 aircraft in service and their investment in latest technology aircraft such as the B787 and A350, which makes them among the very few airlines in the world to simultaneously operate these two most cutting edge airplanes.

He said it was part and parcel of their Vision 2025 strategy and their commitment to their esteemed customers to offer the ultimate on-board comfort.

“We will continue to invest in latest technology aircraft with the view to avail to our customers the best possible travel experience,” he said.

Ethiopian Airlines currently flies to more than 100 international destinations in five continents using 93 most modern and youngest fleet, 20 of which are B787 Dreamliner, deployed on its long haul routes. It was back in 2011 that Ethiopian took delivery of its B 787 Dreamliner fleet.