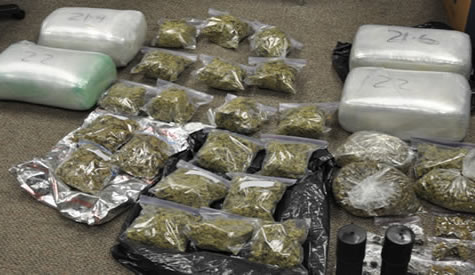 The Narcotic Control Board (NACOB) on Wednesday appealed to the public to desist from trafficking drugs mixed in traditional foods.

According to Mr Francis Torkornoo, the Acting Executive Secretary of NACOB, if the act continued, the country would be asked not to export traditional foods abroad and that would have dire consequence on the economy.

Citing the issue of palm oil adulteration, Mr Torkornoo said Ghana was banned from exporting same and the country had work tirelessly towards the lifting of the ban.

Mr Torkornoo was speaking at the closing ceremony of a two day seminar on the role of the media in tackling the illicit drug menace in Ghana.

The training which saw 20 journalists from some selected media houses in Accra was aimed at equipping them with requisite skills in reporting drug related stories.

According to the Acting Executive Secretary drug trafficking through traditional food would not only lead to thelose of foreign exchange but dent the country’s image.

Mr Torkornoo said a look at drug usage and trafficking, synthetic drugs such as Methamphetamine was taking over from natural drugs such as Cocaine, Cannabis Sativa and Heroin.

He said the serious consequence of synthetic drugs results in deaths and it was difficult to arrest people who traded or used them.

Mr Torkornoo appealed to stakeholders to assist NACOB to halt drug usage, noting that drug usage led to drug addiction and that went a long way to reduce productivity.

He appealed to the media to also desist from politicizing activities of NACOB and associating arrests made by the Board with regime types.

“You should avoid sensationalism and keep us away from politics banter,” he said.