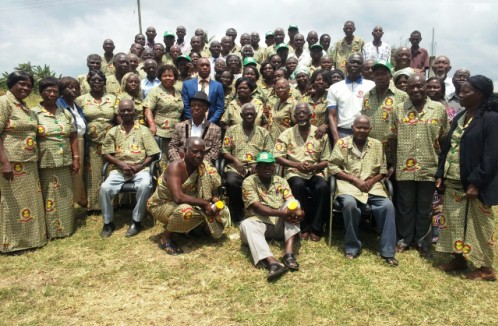 The National Association of Pensioners has appealed for substantial upward adjustment of their monthly pension to make things a bit better for them.

Mr. Seth Sesi Ametefe, its President, said what they were currently receiving was too meagre, something which had made the going difficult for majority of them.

Some of the pensioners, he said, had been taking less than GH¢400.00, a month and wondered how anybody could survive on such a paltry amount of money.

He indicated that a 100 per cent increase in pensions would not be asking for too much from the government, considering their health needs and other social responsibilities.

He was speaking at the launch of the association’s silver jubilee celebration in Kumasi.

The theme chosen for the event is “Mobilizing pensioners for a healthy and better life” and activities lined up include town hall meetings, radio programmes, health talk and excursions.

He encouraged all pensioners to join the association to help give them a stronger voice.

Mr. Edward Ameyibor, the General Secretary, spoke of the introduction of a pensioners’ medical scheme – an intervention to aid members to access quality medical care.

NMC tells Graphic Group to live up to billing