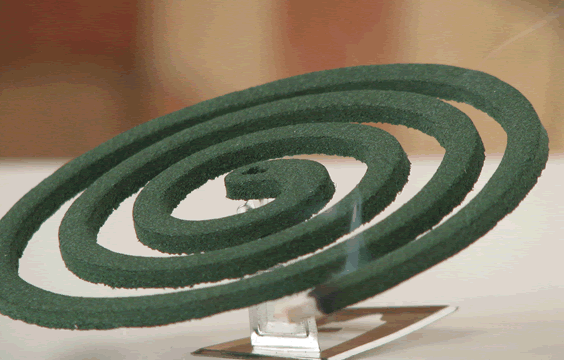 The use of mosquito repellent coils could be hazardous – has the potential to cause acute respiratory infections (ARI), a study conducted by the Department of Environmental Science of the Kwame Nkrumah University of Science and Technology (KNUST), has concluded.

It indicated that the base material for production of the repellent contained a variety of insecticide compounds, which tended to pollute the air when burnt, thereby posing health hazards to users.

According to the KNUST 2016 Research Report, the study investigated the application of mosquito coils and associated self-reported health issues.

As part of the research, which spanned a period of over one year, a cross-sectional study was undertaken involving 480 randomly selected households across the nation.

Respondents, who exclusively applied mosquito coils were grouped as ‘test cohort’, while those who did not apply any mosquito repellent methods constituted a ‘control cohort’.

It said the observed difference was statistically significant as the number of respondents who reported symptoms of cough from mosquito coil application rated 52.6 per cent.

This was marginally greater than the 46.1 per cent of those who did not apply coils.

“It was also found that respondents with shortness of breath, which was used as the basis for ARI, were more likely to have applied mosquito coils”, the report added.

It concluded that the application of mosquito coils in the study communities did not necessarily reduce the incidence of malaria.

It, however, presented a potential respiratory risk factor, and said, there was the need to critically examine exposure to emissions from burning coils.