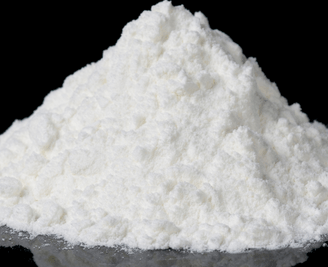 The Narcotics Control Board (NACOB) on Monday said a recent publication by a section of the media ranking Ghana 14th worldwide in the consumption of cocaine is false and unfounded.

Mr Francis Torkonoo, Executive Secretary of NACOB, stated that the said report failed to mention the period those statistics were generated, and appealed to the media to endeavor to crosscheck any drug related information before making them public.

Mr Torkornoo said this at the opening of a two-day training programme on the role of the media in tackling the illicit drugs menace in the country.

The programme is aimed at equipping journalists with the appropriate tools and skills to give accurate and factual information on drug related issues.

He said Ghana did not have a current usage of cocaine data, saying that, “we have not been able to translate consumption rate yet”.

According to him the increasing number of drugs coming to West Africa could translate to high consumption rate, pointing out that alcohol consumption was of the number one in reported cases in the country’s hospitals.

He explained that marijuana and cocaine consumption took the second and third positions on reported cases whilst heroine was fourth.

He mentioned that lately, methamphetamine, a stimulant, was gaining recognition in the drug abuse menace.

Mr Torkornoo was optimistic that a Bill, which aims at transforming the Board into a Commission, would receive Cabinet’s attention to help them become more independent and be in tune with the current technology as well as the modus operandi in the fight against drug trafficking.

Mr Solomon Stanley Eyo, who is in charge of Supply Reduction Activities, NACOB, noted that, illicit drugs that are trafficked and abused in Ghana were cannabis sativa, cocaine, heroin and methamphetamine.

Mr Eyo said one of the deadliest among them was methamphetamine because it was produced from dangerous chemicals and psychotropic substances.

He appealed to government to provide more resources and logistics to staff of NACOB to enable them to give off their best.

Mr Eyo said Staff of NACOB need more training to be up to-date with global trends.

Additionally, he said, it was also important government comes up with better welfare packages to motivate the staff to give out their best.

Ms Ernestina Agyei Mensah, an official with the Drug Demand Reduction unit, NACOB, said one of the drugs abused in markets was tramadol.

Ms Mensah said drug addiction, which constitute a brain disease, has now become a public health issue which ought to be managed effectively and appealed to the media to support NACOB to counter false perceptions that drug use was normative.

Nordic investments in Ghana to see a boost – Veep