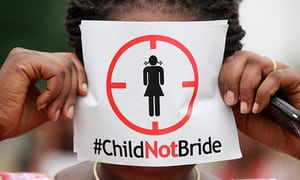 The increase in teenage pregnancies in the Sissala East District of the Upper West Region has become a major concern besides the incidence of child marriages in the district.

Teenage pregnancies reported at health facilities in the district increased from 160 cases in 2016 to 201 in 2017, says Mr Alex Bapula, the Sissala East District Director of Health Services.

Mr Bapula said this during a child marriage meeting with chiefs and queen mothers and other traditional authorities in Tumu in the Sissala East District.

The event was organised by ActionAid-Ghana.

Mr Sulley Mohammed, Sissala West District Adolescent Health Coordinator, said a total of 295 teenage pregnancies were recorded in the district between the periods of June 2016 to July 2017.

He said there were also 160 deliveries, 15 abortions and 25 Sexually Transmitted Infections (STIs) while a total of 579 adolescents in the district were put on family planning services.

Meanwhile traditional authorities at the end of the meeting issued a communiqué prohibiting child marriage and teenage pregnancies in the district.

The communiqué stated that no person should marry or impregnate a girl below the age of 18 years and that one who acted contrary would be fined GHȼ500.00 and also made to offer a cow.

It also forbade incest in Sissalaland adding that anyone who committed such an act would pay a GHȼ1000.00 fine plus a sheep.

Furthermore, no family would accept or permit any girl below 18 years into their homes for purposes of marriage adding that culprits would be made to pay GHȼ500.00 and a sheep.

The communiqué said no chief should support or shield any case of child marriage or pregnancy in their community and that a chief who engaged in such acts would be required to pay GHȼ1000.00 and a sheep to the community.

Again, no parent should push or allow their teenage pregnant girl to stay with the family of the boy who impregnated her; rather, the girl should be allowed to stay with her parents while the boy takes responsibility of caring for her needs.

Any parent who acted contrary would be fined GHȼ1000.00, the communiqué said, and urged parents to confiscate mobile phones from their children.

Madam Abiba Nibaradun, ActionAid-Ghana Upper West Regional Programme Officer, thanked the chiefs for making the commitment and appealed to them to ensure that they worked to the benefit of the girl child, their families, communities and the nation at large.