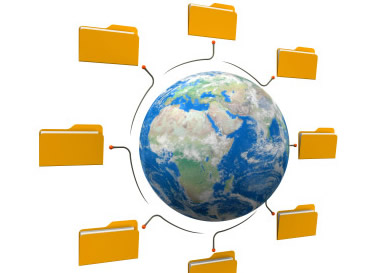 The lack of a centralised form of data that securities industry players can connect to get information about the transaction records of clients is a great challenge to fighting systemic risk.

“So when we talked about systemic risk we are looking at a situation where one small failure leads to a broader impact that can bring down a whole firm and once that whole firm goes down it has ripple effects on other institutions,” he said in an interview at the 2017 Ghana Securities Industry Association’s Capital Market Week Seminar.

“That is what leads to systemic risk because we don’t have information that will help industry players make good investment decisions,” he added.

Mr Boamah said data and disclosure were so critical to help institutions to manage the risk because it would allow them to be able to cap the limit to the individuals and institutions to avoid a ripple effect when they blew up or one person failed them.

“Lack of data and lack of disclosure make it difficult to manage systemic risk and that is what actually leads to it because the institutions are not able to cap the limit to the financial institution and when they blow up or one person fails then it begins to have a ripple effect on any other person,” he said.

Aside the lack of data and disclosure, one thing about systemic risk was also the credit due diligence process, saying that the kind of robust or skills that the people in the institutions had to be able to access risk appropriately was important to manage the risk.

He said the ability to access the risk was important to managing the risk, adding that if the ‘credit due process or the skills set was not strong it became difficult for an institution to be able to access the level of risk and to plan for it.’

Mr Boamah said in some instances institutions failed to do detail analysis because of the over confidence about the performance of the company.

“Another thing about systemic risk is when we begin to have that notion that an institution is too big to fail and probably to a large extent in the country it would be more of too trusting, that a financial institution is doing everything right and that they are not going to fail and instead of undertaking proper due diligence on them we rather renege on those due processes,” he said.

He stressed the need for capacity building of persons who handle the credit and evaluation processes to enable them develop the appropriate skill sets and the knowhow to end risk in the bud.

There is also the need to strengthen corporate governance since adherence to proper procedures by firms and institutions would in itself diversify systemic risk and bring about some soundness in the financial markets.

“Beyond the corporate risk and corporate governance we have the individuals themselves. It is time  for strong ethical professionals who can put their work on the line because they believe in certain values and would not do certain things no matter what the board is saying they would hold on to those restrictions,” he added.