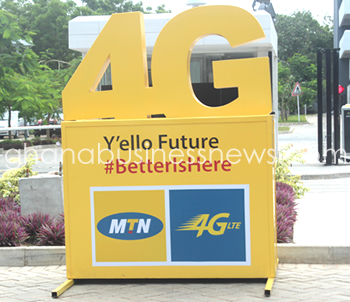 MTN Ghana has advised the public to be extra vigilant on the acts and activities of fraudsters and not to give out their mobile money pin numbers to safeguard their wallets.

He said to effectively manage their mobile money wallets, customers should not select as their pin numbers easy-to-guess combinations such as their Birth Dates, Year of Birth, Telephone Number, License Plate, and Address.

They must also memorize their PIN and not write them down, note them on your phone, or in an App, on your computer, or tell anyone what they were and also remember to shield your keypad when entering your PIN at Agent point during transactions.

In addition, customers should avoid giving their phones out to others to do their transactions for them.

Mr Hayford said customers must disregard calls from anonymous callers and unknown persons either claiming to have goods from abroad to be delivered to them or offering to assist them perform a transaction as a result of network challenges.

They must also take note that MobileMoney Limited will not demand any amount from you to redeem supposed prizes won. They must not use their PIN for a very long period but Change the PIN at least every month.

MobileMoney limited will NOT under any circumstance; ask for your MM PIN code.

Meanwhile, MTN Ghana will from November 4, 2017, bring back the cash out feature that would allow customers to initiate the process of withdrawing money from their wallet themselves.

Currently, the cash out information is initiated by the agents.

The move according to the officials is to avoid fraudsters initiating such actions to defraud unsuspecting customers.

“We are bringing back that feature that will allow the customer first and foremost select allow cash out, turn it on, before an agent can issue the transaction,” he said.

Another step to nip the activities of fraudsters in the bud according to the Business Development Manager, MTN, Mr Abdul-Majeed Rufai was the notice to mobile money agents to stop recording subscribers’ numbers in the transaction booklets.

Currently, the name, the number and amount of money sent or withdrawn is written in the booklet and fraudsters could easily access such information and called customers.

However, the new transaction booklets would not disclose numbers of the subscribers.

Despite the negligible number of fraud cases vis-a-vis the total number of monthly transactions, MTN pays continuous attention to the issue of Mobile money fraud and was always working to address the situation through system investments to monitor and track transactions.

He said MTN had sanctioned 3,000 agents who had gone against the agreement of their engagement or caught in mobile money fraud.

There were plans to report those agents whose infractions bother on fraud to the law enforcement agencies for prosecution, he added.