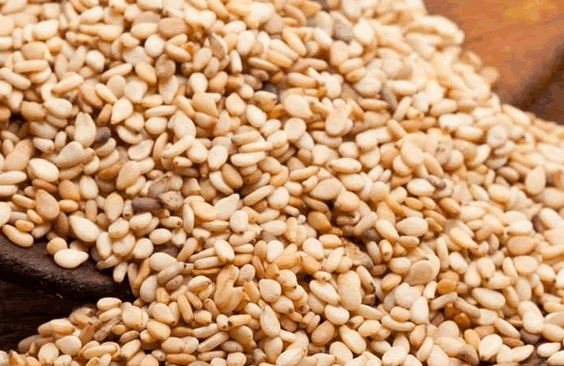 About 100 farmers, majority of them women drawn from eight communities including Yua, Mirigu, Serigu, Doba, Natugnia, Mirigu and Kandiga in the Kassena-Nankana Municipal were empowered by the Ghana National Sesame Business Farmers Association to initiate demonstration farms ranging from one to 10 acres.

On a farmers’ field day visit embarked upon by the team of Ghana National Sesame Business Farmers Association in collaboration with the Ministry of Food and Agriculture (MOFA) and some journalists to Natugnia, one of the demonstration farming communities, the farmers could not hide their joy about the good yields of the crop.

Many of the community members seeing the good yields and ready market of the crop, pledged to join their colleague farmers next year while those who tried it this year said they would expand their farms.

Speaking to the team of journalists, Mr Clifford Amoah Adagenera, the Coordinator of the Ghana National Sesame Business Farmers Association, said the purpose of the farmers field day was to give the farmers an opportunity to interact and share their experience on the positive outcome of sesame farming.

Mr Adagenera said his outfit since the beginning of 2017 with support from the Joint Action for Organizations in West Africa (JAFOWA), has built the capacity of 5,000 smallholder farmers in the Northern, Upper East and Upper West Regions in the value chain approach of Sesame production and also supported them to get market for their crops.

He said 100 kilogrammes of Sesame is being sold at between GH¢250.00 – GH¢350.00 adding that with the good yields this year, each farmer could harvest not less than seven hundred kilogrammes.

Mr Adagenera said many farmers who were supported to go into the Sesame production in 2015 have improved their earnings and built houses, bought motor bikes and bicycles.

He said apart from other business opportunities that could be exploited from Sesame such as making cakes, paste and oil among others, the crop was also high in nutrients and low in cholesterol and could address the nutritional needs of children and pregnant women in the three northern regions.

Some of the farmers said unlike other crops, they did not have to use fertilizer for the sesame and yet they had good yield.

Mrs Abina, one of the lead farmers who commended the two organizations for their support, expressed optimism that Sesame would help transform lives in the area.

Mr Roland Atarah, the Municipal Monitoring and the Evaluation Officer of MOFA, said his outfit would ensure that Sesame farming is given the necessary support under the Assembly’s Medium Term Development Plan.

The farmers are also being supported by the project to practice agro-ecological farming activities such as composting, crop rotation, inter-cropping and Farmer Managed Natural Regeneration among others.

Rural and community banks urged to focus on investing in agribusinesses