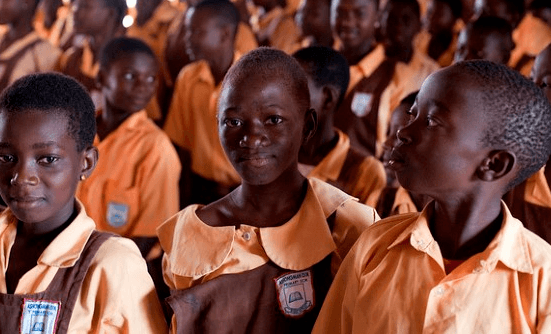 He said it is regrettable that some basic school heads in the Central region had attempted to collect unapproved examination fees from the final year students of Junior High Schools (JHS) to register them for next year’s Basic Education Certificate Examination (BECE).

Mr Adjei-Baffoe gave the warning when he addressed a durbar of Chiefs and people of Agona Duakwa to climax their Annual Akwambo festival at Duakwa in the Agona East District of the Central Region.

He said the Regional Coordinating Council (RCC) headed by the Regional Minister, Mr Kwamena Duncan would not hesitate to deal ruthlessly with those headteachers who were trying to frustrate parents.

He said government under President Nana Addo Dankwa Akufo-Addo in his vision, wisdom and generosity had made Senior High Schools (SHS) free due to financial constraints students were facing.

He said government spent huge sums of money at the basic schools because it served as foundation for the children’s education and government would not sit down unconcern for few heads of basic schools to sabotage the system.

He said Regional Minister had directed Metropolitan, Municipal and District Chief Executives (MMDCEs) to intensify their oversight  supervisions over schools to reduce menace.

He said the Regional Minister , Mr Duncan had  also taken sanitation as another top priority  apart from education to ensure  proper environmental health  and sanitation in every district in the region to avert outbreak of  cholera and other diseases.

Mr Dennis Armah Frempong,  Agona East District Chief(DCE) said information reaching his office indicated that some basic headteachers were charging parents between 280 Ghana and 300 Ghana as  registration for examination fees for next BECE.

He said checks he made at the Agona East Directorate of Ghana Education Service revealed that West African Examination Council (WAEC) had not  yet  released  the fees for 2018 BECE .

He therefore appealed to the chiefs, opinion leaders and all other stakeholders in education in Agona East to assist the assembly to stop unscrupulous and selfish interest of some basic heads who were bent on sabotaging government’s efforts to lessen the burden on parents.

The DCE praised the Minister of State in Charge of Tertiary Education, Professor Kwesi Yankah for the immense contributions made to construct KG and Basic school structures in the Agona East to promote quality education.

He said the Agona East Assembly had already started reshaping some portion of the Akim-Oda Agona Swedru-Winneba Junction road until government completed them.

Nana Kojo Amoakwa V, Agona Duakwahene said over 20 years of his enstoolment, numerous challenges had been faced in the areas of chieftaincy and land disputes but efforts had been made to settle some of them to enhance development of the town,

He said the Chiefs of Agona Duakwa have instituted an educational endowment fund which had assisted many brilliant but needy students to complete secondary and tertiary institutions.

He said the chiefs and people of Agona Duakwa had embraced the ‘one district one factory and planting for food and jobs’ introduced by the government to reduce unemployment and food shortage.

He urged the parents to invest in their children’s education and cautioned pupils and students in the town to learn hard.

Nana Amoakwa commended Mr Joe Appeah, an International Business Consultant and a citizen of Duakwa  for donating 100 bags of cement towards the construction of the Community centre with modern  library for the town.