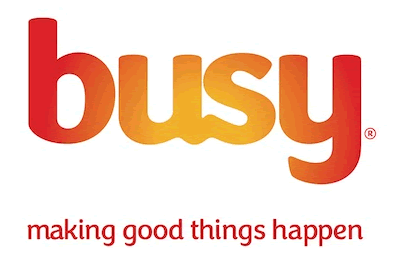 The Parliamentary Select Committee on Communications is questioning how Busy Ghana got a 4G authorization through the “back door” when other players paid millions of dollars for their 4G licenses.

The law makers raised the question at a recent meeting with the leadership of the Broadband Communications Chamber (BBCC), where issues about sanitizing the 4G space and strengthening local content among others were discussed.

It would be recalled that MTN paid $67.5 million for its 4G license, and three broadband wireless access operators (BWAs); Surfline, Blu and Goldkey paid $6million each for theirs, but Busy Ghana and Telesol got mere authorization to do 4G for an alleged meager fee of $60,000 per annum.

During the meeting, the MPs asked “How did Busy Internet become a licensed 4G operator since they seemed to have acquired their 4G licence “through the backdoor” especially as they paid less for their 4G license than other 4G providers?”

In their response, members of the Chamber explained that whereas the licenses were for periods between 10 to 15 years and for nationwide coverage, the authorization Busy Ghana got may have been for a limited period and a restricted coverage area.

But they further noted that it still defies the rules of fairness and uniformity because some companies have made attempts to also get into the 4G space but have been prevented by the National Communications Authority on the grounds of unfairness to MTN.

Interestingly, on the NCA’s own website, Busy Ghana is not in the list of BWAs, telcos or even internet service providers (ISPs). So its status is still in limbo even though it emerged from a known ISP called Busy Internet.

The Chamber also explained that when Holland-based 4G player, Afrimax was reported to be acquiring Busy Internet then, NCA kept the deal under wraps until it was done, to prevent local players from raising genuine questions.

The MPs also sought to find out why the BWAs have not been able to expand quickly since they got their 4G licenses years before MTN did.

The Chamber members explained that the NCA initially promised to give them exclusivity till 2019 as a way of protecting them against the giant multinationals who have the financial muscle to deplete value for the local BWAs, but NCA went back on its promise without notice.

According to them, as a result of the “stab in the back” characterized by NCA allowing telecoms market leader MTN and Busy Ghana into the space in 2016, BWA investors pulled back because they were not sure of recouping their investments.

They cited an example of how the then 4G market leader, Surfline, which took off on the back of 250 sites across Accra-Tema, had to crawl back and depend on only 12 sites to provide service.

Surfline has also suspended its “Golden Triangle” plan, which was designed to connect Accra, Takoradi and Kumasi and use the three to spread connectivity across the country gradually.

Now the company has temporarily truncated its spread in the Western Regional capital, Takoradi, and also suspend the planned connection in Kumasi.

“Now our investors and other potential investors have lost the appetite for greenfield start-ups in the country’s 4G space. They would prefer partnership between BWAs and MNOs (telcos), which promises some value but the NCA has also put a hold on such partnerships,” the Chamber said.

But they expressed their confidence in assurances they received from government in their recent meeting with Communications Minister Ursula Owusu-Ekuful that the government will find a way to work with the local broadband players to grow connectivity and penetration.

Indeed, one other issue of unfairness and a stab in the back that came up was the fact that, under the previous government, the National Information Technology Agency (NITA) collaborated with an unlicensed private entity to provide 4G Wifi at the Accra Technical University (Accra Poly), while others have paid so much for licenses.

The current Director-General of NITA, Jeffery Addo told Adom News he came to meet that arrangement but he abrogated it pending review.

The MPs also sought to know how the Chamber could ensure that the 35% shares MTN is supposed to offload to Ghanaians upon acquiring a 4G license was properly done to benefit the country.

The Chamber assured them that they are committed to working with government and its appropriate agencies to ensure that local content is fully and well achieved in the broadband sector, particularly with regards to the expected 35 per cent local ownership in MTN.

They also promised to work with the NCA and the Ghana Investment Fund for Electronic Communications (GIFEC) to extend affordable broadband to the unserved and under-served areas in line with the government’s vision of boosting connectivity and penetration to achieve the digital-inclusion agenda.