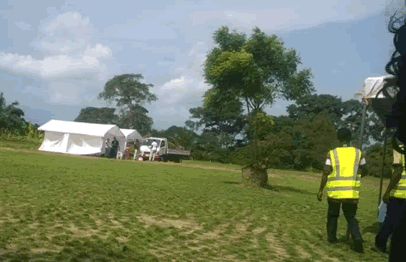 The Management of Crown Forest Limited has officially commissioned the Crown Forest Project, which would offer a unique combination of wildlife and hospitality services in Ghana.

The Crown Forest Limited a Ghanaian registered company, was established to develop a safari eco-park, adventure and conference tourism by drawing from the experience of their sponsors who are currently managing a successful two-star hotel in Accra.

In pursuance of its objective, Crown Forest has acquired 820 acres of land at Gomoa-Nsuaem, near Winneba, in the Central Region for the development of West Africa’s first private safari eco-park.

The 500-acre safari eco-park would have a collection of animals including red hartebeest, greater kudus, impalas, elands, waterbucks, zebras, giraffes, hippopotamus (held in a 20 acre enclosure), tsessebes, roans and oribis.

Speaking to the Ghana News Agency (GNA) on the sidelines of the event, Mr Samuel Winful, the Chief Executive Officer (CEO) of Crown Forest, said Gomoa-Nsuaem had an environment, ideal and perfect for a safari or eco-tourism project.

He said the facility would also have four-star lodges to provide accommodation, 322 seater-restaurants whereas other complementary services include game watching, trekking, fruit picking, swimming, indoor and outdoor games, gym and Spa.

Mr Winful noted that the company would create a museum for the slave route, which was located within the forest; adding that “this is a route through which slaves were sent to Winneba during the transatlantic slave trade”.

He said however, the core service that would be provided comprises guided drive-through tours in game vehicles with guides providing narratives to visitors.

He noted that central to these tours was wildlife education to sensitize people on the importance of wildlife and possibility of harmonious living with humans.

Mr Winful, who said the official commissioning was aimed at introducing the project to the public; was therefore, hopeful that the project would create more jobs for the people particularly the youth living in Nsuaem and its surroundings.

Mr John Awuah, CEO of UMB, told the GNA that they were excited with their level of involvement, as the project was picking speed and getting off the drawing board unto the field.

He said their client, Crown Forest, brought its plan to them; which they liked and therefore, followed it up, understood the concept and further had discussions with their foreign partners.

Mr Awuah described the UMB Business Centre as a wholly dedicated to the needs of small and large scale businesses.

“What we do there is to remove as much as possible the paper back and forth and ensure that there is one central point for our customers,” he said.

Nana Kwadofrakye V, Mankrado for the Akyeapem Traditional Council, also in an interview with the GNA, appealed to the government to work vigorously to protect Ghana’s depleting forests.

Nana Kwadofrakye, urged the youth of the area to uphold the project as theirs, as well as study to acquire knowledge in the world of hospitality.

He again noted that the project would create an enabling environment for businesses and boost job creation at large.