Work to restart on Sofoline Interchange project in Kumasi – Minister 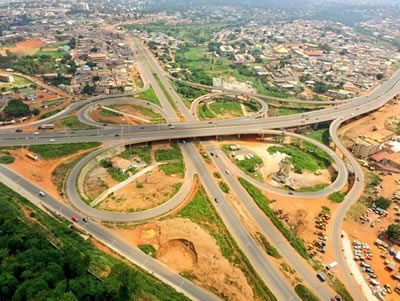 The Finance Ministry has given the go-ahead for the release of funds towards the completion of the Sofoline Interchange project in Kumasi, Mr. Kwasi Amoako-Atta, the Roads and Highways Minister, has announced.

Messrs China Geo Engineering Corporation, the contractors, are owed in excess of GH?23 million in unpaid job done and this would have to be settled for the work to restart.

The Minister was speaking to journalists after inspecting the interchange project – a strategic urban arterial road network linking the metropolis with the Northern part of the country.

Construction works began on the project in year 2007 and were supposed to have been finished within 36 months but the deadline was missed due to funding difficulties.

Mr. Amoako-Atta, who was on a three-day visit to the Ashanti Region to assess the condition of roads there, said work would resume on all stalled road projects.

He expressed discomfort with the poor nature of many major roads in the region and gave the assurance that these were going to be fixed.

The current state of affairs, he noted, did not allow for smooth socio-economic activities and could not continue.

Accompanied by one of his deputies, Mr. Kwabena Owusu-Aduomi, the Regional Minister, Mr. Simon Osei-Mensah, and technical officers of the ministry, he also inspected the Kumasi-Accra Highway, Chirapatre Extension road, Abrepo-Bohyen bridge project and Atonsu roads.

Some of the contractors were found to have abandoned the project, apparently for the lack of funding, but the Minister said these contractors had been identified and that the outstanding payments would be done.

He indicated that they were currently carrying an audit – to assess major roads across in the nation and correct any defects noticed.

“Our goal is to rehabilitate the deteriorating road infrastructure, to open up the country for development.”

Mr. Amoako-Atta warned against shoddy work by contractors, saying, the nation would not be shortchanged and that they would go the extra mile to make sure that there was value for money.

US committed to Ghana’s strengthening of cybersecurity

Africans must trust each other to build Africa – Abdou Souleye Diop