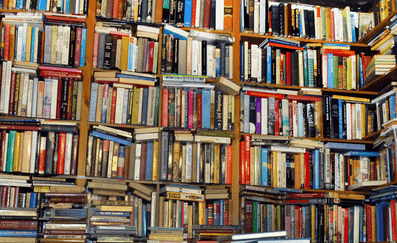 Mr Leslie Kansanga, the Upper East Regional Librarian, has called on Government to channel more resources into improving the existing library infrastructure in the country to help improve standards of education.

He said the contribution of libraries to the development of education in the country is enormous since it plays a significant role to enrich the knowledge of children and students of the basic, second and the tertiary institutions.

“Libraries are very important institutions in our educational sector. This is because libraries are major reference points for most students especially those in the formal sector. Students go to the libraries to do research on projects given to them by teachers or find relevant materials for exams that they intend to write”, he said.

In an interview with the Ghana News Agency in Bolgatanga on Monday, Mr Kansanga explained that children and adults patronized the libraries in the region for different purposes adding that “adults access the libraries during exams, holidays and weekends while more children come to the libraries on holidays.”

The Regional Librarian, however, expressed concern over the lack of attention paid to the sector by successive governments and called on government to intervene to reverse the trend to save libraries in country from collapsing.

He said since the establishment of the Regional Library in June, 1969, there has not been any major work done to improve it in terms of accessibility, furniture, book-stock and condition of service of the workers of the library.

He said there were about 10 regional and 62 district libraries across the country and the sector budget allocation by successive governments had not been encouraging enough to help create the enabling environment for effective learning.

He said most of the administrative expenses that were taken by governments over the years have been scrapped and the staff are expected to depend solely on the internally generated funds which he noted was not enough for the effective administration of the facility.

“Utility bills, fuel expenditure, electricity bills, maintenance expenses were taken by government but now all these things have been scrapped and this is making our operation very difficult and unattractive”, he said.

The Regional Librarian appealed to the government to invest more to make libraries more attractive and enabling environment for people to patronize and enrich their knowledge.

“Government should revamp the library sector by restoring the administrative expenses, maintenance allowance, responsibility allowance, renovation of the buildings, provision of computers and laptops, furniture and current books to match the readers’ demands”, he said.

He called on non-governmental organizations, philanthropists and individuals to extend a helping hand to improve the conditions in the various libraries in the country.

Three men get 69 years in prison for robbery