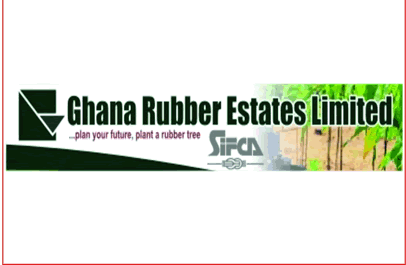 The management of the Ghana Rubber Estate Limited (GREL) is to commit GH¢33 million in the building of a new factory to increase rubber production in the country.

The feasibility studies and consultation with all the stakeholders have also been completed to kick start the project.

Mr Lionel Barre, Managing Director of GREL, made this known at the 2nd edition of GREL – Media interaction at Apimanin in the Ahanta West District of the Western Region.

The interaction was to allow the company to showcase its achievements and challenges.

He said the new factory was a huge investment the company was undertaking and that it would be done in two phases over 10 years and would involve the construction of new rubber processing plant at Apimanin.

He said the first phase of the project was expected to be completed in 2019 and that by next month recruitment for staff would begin.

Mr Barre said GREL is the leading natural rubber producer in the country and has a concession of 20,279 ha of which 15,041 ha has been developed into rubber plantation in the Western, Central and Eastern regions of the country.

The Managing Director said GREL has a great future and could be the number one foreign exchange earner and job avenue for many if given the needed support.

He said the low prices of rubber in the world market is one of the challenges facing the company.

Mr Barre also mentioned the stench that emanates from the factory as a source of worry to the company since they have received a lot of complaints from neighbouring communities and gave the assurance that everything is being done to stem the situation.

He said the stench was not harmful to humans and that it was normal with rubber production adding “my outfit has acquired   bio filters to help address the situation”.

Mr Emmanuel Owusu Akwasi, Managing Director of Rubber Out-growers Plantation Project (ROPP), said a total of 8012 out-growers   from 1995 to date have been assisted to plant 30,155ha of rubber.

Mr Akwasi said the increasing demand for rubber tyres and tyre products coupled with the creation of a price regulatory body to ensure the stability of prices indicates that the future of rubber was bright.

He expressed concern about the attitude of some of the out growers who GREL had given loans to produce rubber for the company but they rather sold their rubber to “side buyers”- others unrelated to GREL.