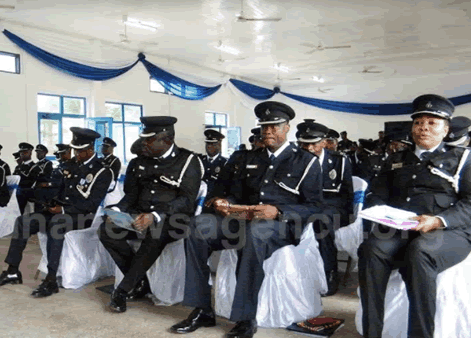 Mr David Asante-Apeatu, Inspector-General of Police (IGP) during the closing ceremony of the training programme for Motor Transport and Traffic Department (MTTD) reform in Accra, said every police officer would soon have GHC 50,000 insurance cover.

He said the amount would be used in case of death in line of duty and three children would be catered for from nursery to tertiary.

Mr Asante-Apeatu said the course was to adequately equip participants with skills and competences to delight the motoring public firmly and fairly to enforce traffic rules and regulations, demonstrate professionalism and reduce corruption practices on the roads and highways.

He said more attention had been given to the MTTD due to the cumulative negative public perception of the department that had a replica effect on the whole police organisation.

He reaffirmed that the Ghana Police Service had begun a major transformation programme to lift the organisation to a status in line with its vision “to become a world class police service capable of delivering planned, democratic, protective, and peaceful services up to international standards.”

“The unacceptable situations where Police Officers on duty, out of sheer arrogance, allow complaints, informants and suspects to parade the corridors of police stations and wait for hours without attention can no longer be tolerated”, he said.

He  urged the police officers to do away with all indisciplined and anti-social attitudes which lower the esteem of the service.