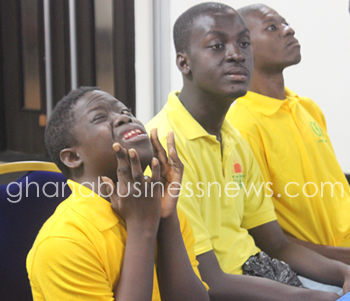 Persons With Disability (PWDs) have said there is the need for for Government to review the implementation of the Livelihood Empowerment Against Poverty (LEAP) Programme to ensure that the poor and the marginalized benefit from it.

Mr David Aniah, the Upper East Regional President of the PWDs, said the Social Intervention Scheme, meant to support the most vulnerable people, was not making a good impact as some of the beneficiaries were not poor.

The PWDs made up of the Ghana Blind Vision, Ghana Society of the Physically Disabled, Ghana National Association of the Deaf and the Mental Health Society of Ghana, made the call at an engagement forum with the Bongo District Assembly at Bongo in the Upper East Region.

The forum, organized and sponsored   by the Ghana Federation of Disability Organizations (GFD), provided a platform for the Bongo District Assembly to table what they had for PWDs in the Medium Term Development Plans and also afforded the PWDs the opportunity to deliberate their views and aspirations to be captured in the plan.

Among the key concerns raised by the PWDs was that most public buildings were not disability friendly and attributed the problem to contractors refusing to adhere to the proposed accessibility designs.

The PWDs cited a number of school buildings that were not disability friendly in terms of their urinal and toilet facilities including access to classrooms and mentioned long distance to access education as one of the major problems confronting them.

They said for instance that apart from the School for the Blind and Deaf in Upper West and Akropong, most of the regions lacked such facilities and learning and teaching materials.

Mr Aniah, on behalf of the PWDs, appealed to the MMDAs and the Government to address their concerns and also include that in the Medium Term Development Plan.

He also called on the Government to revamp all abandoned rehabilitation centres meant for PWDs, provide them with teaching and learning materials and subsidize all literary works in Braille so as to enable the blind to learn.

Mr Aniah expressed worry about the misapplication of the District Assembly Common Fund meant for PWDs adding that a directive had been issued for all those Assemblies alleged to be involved in the financial scandal to be investigated and audited.

He said there is the need for MMDAs to ensure that they operate according to the guidelines in the disbursement of the DACF.

Mr Ania said PWDs were keen in contesting in the upcoming District level Election and called on the MMDAs and all stakeholders to support them to contest when the time comes.

Mr William Anamoo, the Assistant Planning Officer of the Bongo District Assembly, thanked the Association for organizing the forum and said due to financial and logistical problems many of the assemblies were unable to engage all the stakeholders in developing the Medium Term Development Plans.

The ongoing Medium Term Development Plan which is supposed to be implemented from 2018 to 2021 is expected to capture the views and aspirations of all stakeholders on development projects, policies and programmes in the Assemblies.