Not a fair price for coffee farmers in Ethiopia 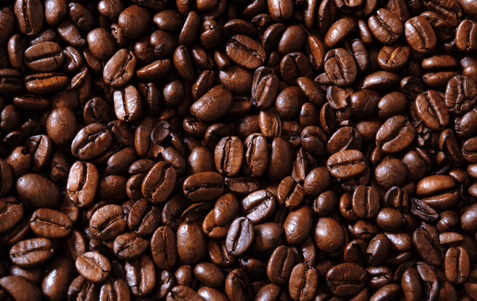 How much do small coffee farmers in Ethiopia benefit from Fair Trade and Organic certification? Not as much as you may think.

Global trade in Voluntary Sustainability Standards (VSS) such as Fair Trade and Organic certified coffee has seen remarkable growth in nearly two decades, but in Ethiopia the benefits for small coffee farmers haven’t been as significant as may be widely perceived.

VSS, which grew out of response to enhanced global social and environmental pressure, guarantees the product origin, fair prices to producers, adherence to ethical standards in production and processing, environmental sustainability, and safety and quality safeguards. From 4 percent in 2005, the share of global coffee production sold as VSS certified grew to 18 percent in 2015, and latest estimates reveal it is likely to reach higher levels in the near future. A bulk of this growth is led by international buyers and consumers who are willing to pay a higher price mark up on certified coffee products.

While one of the main objectives of VSS is to improve welfare of the small coffee farmers, our findings reveal that less than one-third of the price premiums realised at the export level – and even lower shares from the premium paid by the ultimate consumer – are passed on to coffee farmers in Ethiopia.

In absolute terms, the incremental dollar figure earned by the farmer selling her coffee crop under a VSS certification becomes even more insignificant. If a coffee farmer in Ethiopia were to market all 400 kilograms of her red cherries (coffee fruit) as VSS certified, then at the present VSS premium transmission rates, her income would increase by a mere $6.7 as compared to a non-certified farmer.

Even more concerning is this: If price premium transmission were to be perfect, a coffee farmer stands to gain only an additional $22 a year. While at the export level, we found there are significant price premiums attached to the VSS certifications, these premiums are not reaching small farmers in Ethiopia.

Some of the challenges to ensure greater transmission of the willingness-to-pay by consumers into higher benefits for the smallholder farmers are high overhead and certification costs. There are substantial costs involved in obtaining VSS certification which requires payment of minimum wages, ban on child labour, and access to sanitation and water, in addition to documentation costs. Each of these may lead to higher production costs.

Our study shows financing communal services, partly paid for by these higher price premiums, led to higher school enrollment rates and higher levels of adoption of improved production practices, but there is limited evidence of any large-scale impacts.

Limited monetary benefits also help to explain the slow growth in adoption of VSS certification in Africa in general and Ethiopia in particular, even though the East African country is the largest producer of coffee in the region and coffee trade accounts for a quarter of its foreign exchange earnings.

In fact, most of the Ethiopian farmers surveyed indicated they do not believe cooperatives offer higher prices, but the reason they stick to them are other advantages linked to advice, proximity, and dividend payments.

Low passage of the price premiums to the poor farmers is an area of particular concern, especially as other development program are more efficient in transmitting benefits of programs towards poverty alleviation. Our research was conducted at a time when coffee prices were relatively high, and minimum floor prices for the Fair Trade set up remain unchanged.

It is quite possible that the VSS certification may have different effects during years of low international coffee prices acting as a potential safety net, but that function too demands a closer scrutiny.

Our game against Mali would be cagey – Starlets coach