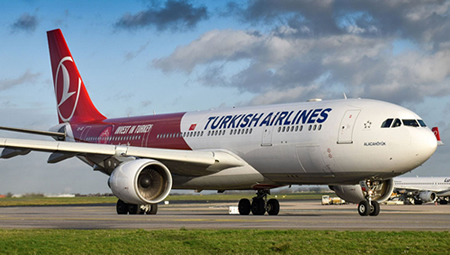 Ms Cecilia Dapaah, the Minister of Aviation on Wednesday urged the Management of Turkish Airlines to form strategic partnership with government to open up the Aviation market in Ghana.

She said the airline needed to support the country in this area, since there were a lot of businesses that could be done in the Aviation industry in Ghana.

Ms Dapaah said this when Mr Ferhat Yerli, the General Manager of Turkish Airlines, Ghana paid a working visit to the Minister in Accra.

The visit was to discuss the Airline’s support for the up-coming maiden African Air Show scheduled for October 24-26, 2017in Accra.

It was also to announce the huge reduction in fares for travelers in the Turkish Airlines Sales Festival, specifically designed for the Ghanaians.

The Minister commended the Management of the Airline for believing in the business environment of the country and their support towards the Air show.

She said the growth, the Airline was enjoying in the country was a testimonial that Ghana was a good place to invest in and do business.

She called on management of the Airline to organise special fare reduction to destinations in Africa to help propel connectivity because the continent lacked that facility.

Ms Dapaah said Ghana was ready to collaborate with the Turkish Airlines in the area of aviation for the mutual benefit of both parties.

Mr Ferhat Yerli, the General Manager, said the Airline was happy to be operating among other players in the country’s Aviation industry, noting that the Airline had invited the Turkish Cargo and Academy to participate in the Air Show to explain to patrons, how they operate.

The General Manager said Ghana’s Aviation industry had a lot of potentials and the Airline would take advantage of such potentials to explore more and provide their services to the nation.

He said in December, the Airline would be changing their Aircraft to Airbus A320 to continue to serve the travelling public.