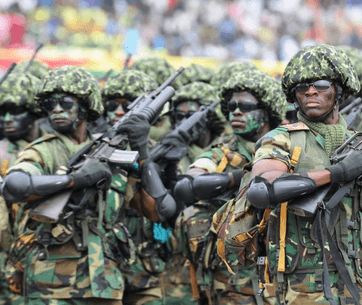 The Ghana Armed Forces on Wednesday advised the public not to pay any money to any person(s) with the intention of being recruited into the Armed Forces.

This is because those who indulge in such practices are fraudsters, a statement signed by Col E Aggrey-Quashie, GAF Director of Public Relations and copied to the Ghana News Agency, stated.

The statement said the attention of the GAF has been drawn to the circulation of false information of recruitment on social media.

It said no organization or individuals, including soldiers, had been contracted as intermediaries or recruiting agents.

The Ghana Armed Forces is therefore calling for the support of the general public to arrest these fraudsters to help curb the menace of recruitment/enlistment fraud.

The Ghana Armed Forces urged the public to report such individuals, including any soldier who claims to have the ability to recruit, to the nearest Police station or Military installation.

“We wish to assure the general public that anytime recruitment or enlistment into the Ghana Armed Forces is due, it would be published in the National Dailies; the Ghanaian Times and the Daily Graphic,” it said.

The release stressed, that the GAF was not engaged in any recruitment exercise “at this material time.” It said the public should disregard the “fake advertisements circulating in order not to fall prey to any fraudsters”.