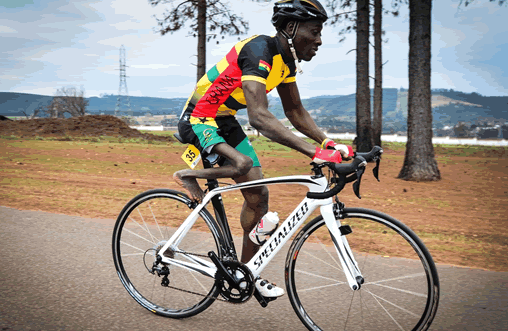 The Ghana Cycling Federation (GCF), has secured training programmes for two of its cyclists in South Africa.

This was under the invitation of International Cycling Union (UCI), as part of efforts to improve their performance in international events.

The two cyclists; Frank Akuffo and Clementina Ayoung, who have already left for South Africa, would commence the developmental programme on November 9 and end on 30th November.

The primary aim of the program, according to the GCF, is to expose U-23 male and elite female cyclists to international racing and to improve the general elite racing standard of African cyclists.

It is also to develop and prepare the elite women for the upcoming UCI races to be held in South Africa for which they may acquire points for their home state.

It is Clementina’s first international exposure as a professional cyclist, since she joined cycling a year ago, whilst Akuffo is having his second stint at the training centre after his first outing at the junior level.