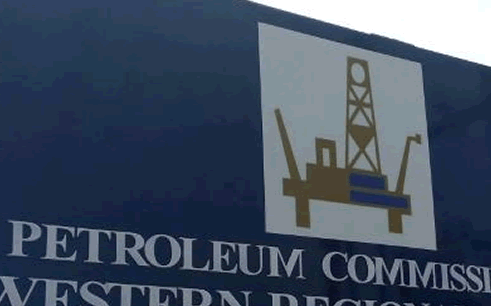 More than 700, Ghanaian businesses have  in the past 10 years  registered with the Petroleum Commission, Mr Benjamin  Boakye, Executive Director of  African Centre for Energy policy (ACEP) has said.

Mr Boakye said this during the 6th public session of Citizens Advisory Council in Takoradi.

The session was organised by Western Coastal Foundation (WRCF) and sponsored by UKaid for stakeholders from the six coastal districts in the western region.

It was to among others things enable residents of the beneficiary districts share their challenges and achievements after 10 years of oil find in the region.

It was also to allow oil companies to inform the beneficiary communities about their social responsibility programmes.

Mr Boakye said in the past 10 years, about 5,660 Ghanaians representing 80 per cent and 1, 340 expatriates representing 20 per cent work in the various oil drilling companies in the country.

The ACEP Boss said both Kosmos and Tullow now have Ghanaian Managing Directors and that Jubilee FPSO and TEN partners have awarded $486 million worth of contracts to local companies.

He pointed out that under the Off cape Three-points field (OCTP) $1.76 billion worth of contracts were awarded to Ghanaian companies.

According to him, all 140 unskilled and semi- skilled employees on the OCTP onshore gas processing facility in Sonzule were sourced from 18 projects.

He said the oil companies also provided support to communities and citizens as part of their social corporate social responsibility, noting that Kosmos energy constructed a two-million water treatment storage and pumping plant at Bayin in Ellembelle to provide potable drinking water to six communities around Atuabo.

Mr Boakye however noted that though the oil industry had chalked some successes, it was important to build the capacity of many Ghanaians to take advantage of the oil industry.

Mrs Nafi Chinery,  Ghana  programme manager of Natural Resources Governance Institute ( NRGI)  noted that communities in which minerals and oil and gas was extracted were not abreast with the  United Nations principles and conventions which would enable them to benefit from the extractive Industry.

Mr Seth Owusu Boakye, Regional Director of Land Valuation Department who took the participants through the laws of Land acquisition and payment of compensation noted that people did not have adequate knowledge on the laws governing the acquisition and compensation on government acquired lands.

He explained that lands acquired for a national project such as the Atuabo gas pipeline, should take the affected communities six months to put in their claims for compensation but since many people did not know, they either put in their claims late or not at all.

He said in the past 10 years, a total of 43 claims have been made on the Atuabo gas pipeline, but only 19 were within the time frame.

Mr Owusu Boakye said 409 claims were in conflict, in the various oil and gas drilling projects in the region thereby delaying the payment of compensation.

He tasked the WRCF to play a monitoring role by submitting bi-annual report to the council on the impact of CRS interventions and government’s economic programmes.

He said they should particularly monitor ,  how many indigenes were employed under the ‘one District One Factory’ programme , what projects were rolled out under the infrastructure  for poverty eradication programme (IPEP)  and what the yet to be created industrial parks would be used for.