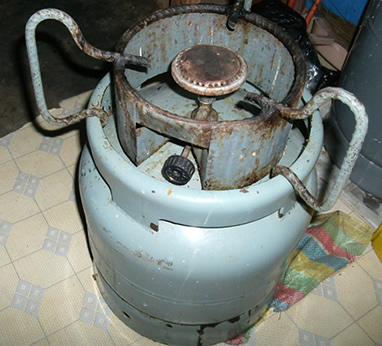 Dr Kofi Amponsah-Bediako, the Head of Public Relations, Ghana Standards Authority, on Monday called for a policy to guide the sale of Liquefied Petroleum Gas (LPG) cylinders to ensure they are standardised on the market.

He suggested that the regulatory bodies, before implementing Cabinet’s directives on safety standards, should flush out all old and dysfunctional gas cylinders in the system.

“This will give customers, who present new cylinders in exchange for refilled ones, the assurance that the one given them is of high quality,” he said.

Dr Amponsah-Bediako said this in an interview with the Ghana News Agency in Accra, in reaction to Cabinet’s recent directives towards curbing the frequent gas explosions in the country.

He suggested that there should be a central point for refilling and distribution of LPG gas cylinders to various homes, adding that agents who would do the distribution must be trained to carry out their mandate effectively without breaching safety regulations.

Explaining how a cylinder could be classified as old or new, he said although there was no definite age for classifying cylinders, there were, however, safety standards regulating them.

“A two-year old cylinder could be more dangerous than a five year-old one if the former had been mishandled.

“When it comes to gas cylinders the law has not prescribed age limit, but we assess whether the cylinder is fit for the purpose, for example, if there is no leakage with the valve or if it has not been mishandled, so a cylinder can be five or six years old, and you can still use it,” he said.

Dr Amponsah-Bediako said although the National Petroleum Authority (NPA) regulated the licensing of fuel and LPG stations, it could not regulate them without applying the required standards.

“When we talk about standards in Ghana, it lies in the bosom of the Ghana Standards Authority (GSA) and, therefore, all stakeholders that are supposed to implement the Cabinet directives on safety standards at the LPG and Fuel Service stations should collaborate with us to ensure successful implementation of the directives,” he said.

Dr Amponsah-Bediako said the directives required that the NPA, the Environmental Protection Agency, the GSA, district assemblies and all bodies that had a direct or indirect role to play as far as standardisation was concerned must work together.

“The NPA cannot say, for example, that it is responsible for issuing licences and, therefore, it will do it alone because issuing licences has something to do with standards, so all the regulatory bodies are supposed to collaborate for the right thing to be done at the right time,” he said.

Dr Amponsah-Bediako said since Thursday, October 12, when Cabinet issued the directives, the GSA and other regulatory institutions had been holding meetings and strategising on how to carry out the directives.

He said regular training was mandatory for staff of regulators, Oil and LPG marketing companies to ensure efficient service delivery and safety.

“I’m told at the Atomic Junction gas explosion for instance, the driver’s mate was responsible because he didn’t know what to do when the gas started leaking… so the problem is that a lot of people want jobs, but they have not received the requisite training to do the job well,” he noted.

Ghana has recorded eight gas explosions in the past three years, which has claimed many lives and left many more injured.

The Atomic Junction gas explosion in Accra on Saturday, October 7, which was the most recent, claimed seven lives and left 132 injured.

Poor handling of accident victims can cause deaths – Hospital Administrator