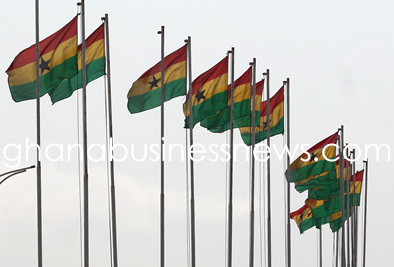 The Natural Resource Governance Institute (NRGI) has prepared a fiscal responsibility brief on Ghana to guide the conduct of policy to spur economic growth in the country.

Legislating fiscal rules is an important step towards achieving sustainability of Ghana’s public finances, it said, adding that at least 96 countries have fiscal responsibility rules.

The brief identifies five characteristics of a good fiscal rule based on international experience, and provides recommendations on how to effectively tailor them for Ghana.

“An all-encompassing, realistic, achievable fiscal rule will go a long way to instill investor confidence in the Ghanaian economy and set the scene for accelerated economic growth,” it said.

The NRGI indicates that based on this paper’s analysis of Ghana’s policy priorities, historic performance and international experience, it presents the following recommendations to government and lawmakers to improve the effectiveness of Ghana’s fiscal rule:

It further suggested that temporary suspension of the fiscal rule should be conditional upon a limited range of well-defined events. The escape clause should also include specifications for publishing deviations from the rule and a public plan on measures for putting the economy back on the path to recovery.

Urges government to make a two-thirds majority vote in parliament necessary for invoking the escape clause. This will allow for consensus around the invocation of the clause, as well ensuring that the government follows recovery provisions after invoking the clause, it said.

It made the following additional recommendations:

Make a two-thirds majority vote in parliament necessary to enact the fiscal rule, in order to build legitimacy and consensus. In addition, leaders of all political parties in Ghana should in principle agree with the kind of rule adopted and commit to its successful implementation in their various different capacities. This will increase the likelihood of continued compliance with the rule and advocated for strengthening budget transparency based on recommendations from the 2015 Open Budget Survey. These include publishing all relevant budget information (for example a pre-budget statement and the enacted budget) in a comprehensive format that citizens can easily understand, providing more information on expenditure classifications over the past and current medium-term expenditure frameworks in the executive’s budget proposal, and publishing detailed annual budget performance reports with information on macroeconomic projections versus actual budget turnouts.

The recommendation further urges the setting up of an independent body with reviewing compliance with the fiscal rules. This body should carry out its own analysis to evaluate risks and credibility of government plans for fiscal consolidation. This does not need to be a new institution: The Scrutiny Office that the Parliamentary Service Act recently established is mandated to provide objective and independent analysis on all policy initiatives and proposals that are brought to parliament for approval.