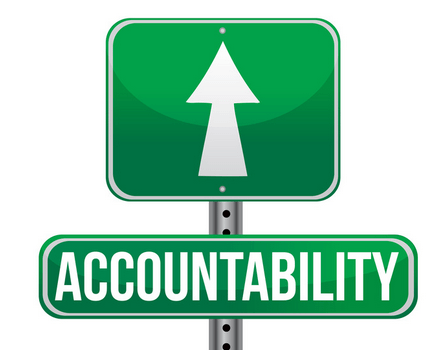 A  Community Entry  Assessment, jointly undertaken by  Teere has accused some Municipal and District Assemblies of misusing the three per cent of the District Assembly Common Fund meant for Persons with Disabilities (PWDs).

The report was undertaken by Teere a Non-Governmental Organization in collaboration with the Ghana Federation of Disability Organizations(GFD)  in the Upper East Region.

This came up at the launch of a project dubbed “Promoting Transparency  and Accountability in the Management , Disbursement Procedures and the Utilization of the 3 per cent District Assembly Common Fund allocated to Persons With Disabilities” in Bolgatanga.

The Project, funded by the French Embassy is being implemented in seven Districts out of the thirteen MDAs in the region and they are  Garu-Tempane, Kassena-Nankana West , Talensi, Bongo, Bolgatanga, Nabdam and Builsa South Districts.

The report cited instances where the MDAs flouted the guidelines of the disbursement of the funds meant for PWDs by using the funds for other activities of the assemblies including political activities.

It also indicted the assemblies for  allowing  their staff to carry  money  to communities to  do the disbursement in cash instead of issuing cheques to the PWDs and alleged that there were many instances where  the Fund Management Committee  and other Committees which were supposed to be part of the  disbursement team were ignored.

Mr David Aniah, the President of the Upper East branch of the GFD, who presented the report called on the Upper East Regional Coordinating Council to ensure that proper auditing was conducted from the period of 2010 to 2016 to help retrieve monies meant for PWDs.

Other recommendations made by the report included the introduction of a cheque systems and payment order in the disbursement process,  Assemblies to ensure that PWDs are trained in various business models before the disbursement is done and submission of quarterly reports of the disbursement to the Fund Management Committee and other stakeholders..

Professor Ephraim  Nsor Avea, the  Chief Executive Officer(CEO) of Teere,  said the project aimed at promoting  transparency and accountability in the management, disbursement procedures and the utilization of the three per cent District Assembly Common Fund allocated to PWDs.

He said it is regrettable that the assemblies which could adopt various ways of mobilizing internal revenue could fall on the meager sums meant to support PWDs.

Mr Rockson Ayine Bukari, the Regional Minister, who launched the project pledged the Regional Coordinating Council’s support but warned that his outfit would not countenance with any NGO in the region that would want to exploit the people.

Dr Marion Chapon, the Cooperation Attaché to the French Embassy, who represented the French Ambassador to Ghana, Mr Francois Pujolas , said the project was part of the French Government’s support to the Government of Ghana.