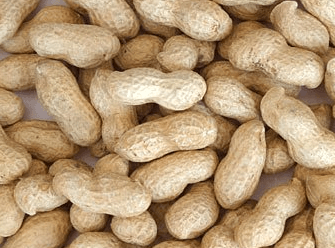 Africa has a huge potential in groundnuts production but high levels of aflatoxin contamination is making it difficult for the continent to take full advantage of the cash crop to reduce poverty among its citizens.

Studies have attributed the poor performance in groundnut farming to lack of improved seeds, foliar diseases (peanut rosette and leaf spot), and poor pre- and post-harvest handling techniques that result in loss of value due to aflatoxin.

Dr George Yakubu Mahama, an Agronomist at the Wa office of the Center for Scientific and Industrial Research of the Savvana Agricultural Research Institute (CSIR-SARI) said this during a farmers’ field day held near Tanina in the Wa West District of the Upper West Region.

Dr Mahama, who is also the Co-Principal Investigator for the Project, said the project started in October 2013 and ended in September 2017, adding that the goal was to identify current practices involved in production, storage and processing of peanut that contributed to aflatoxin contamination and develop, implement and evaluate strategies to reduce aflatoxin contamination.

He said the objectives of the project are to determine steps in the supply chain that was most vulnerable to development of aflatoxin and practices that influenced aflatoxin contamination in peanut, to carry out detailed comparisons of pest management, production, and field drying practices on aflatoxin contamination in peanut and to evaluate peanut germplasm for resistance to aflatoxin and other biotic stress factors such as leaf spot diseases.

Dr Mahama said the field day to the CSIR-SARI experimental farm near Tanina was an opportunity to enable groups of farmers to meet together to get firsthand information on trials that were been carried out by the project.

In addition after drying, the farmers were told to store their produce in improved hermetic bags on raise platforms.

Dr Mumuni Abdulai, Principal Research Scientist and Entomologist, CSIR-SARI, Nyankpala, stressed on the need for conscious efforts to increase groundnut quality in Ghana and in Africa in order to break through the international market.

Dr Abdulai, who is also the Principal Investigator of the Peanut and Mycotoxin Innovation Laboratory – USAID, appealed to the farmers to take advantage of the best aflatoxin management practices presented by the project to increase their groundnuts quality and become competitive in the international market.

He expressed gratitude to the USAID for funding the project.

Meanwhile, the farmers who had the opportunity to see the 22 different groundnut varieties and their yields as well as the different maturity dates and their resistant levels to pest and diseases expressed appreciation to CSIR-SARI and USAID for the effort.