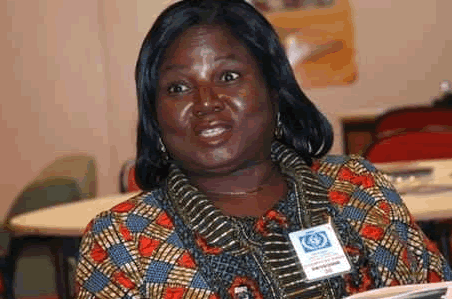 Ms Elizabeth Ohene, a writer, a distinguished journalist and a communicator, has rekindled the national debate on who founded Ghana.

“Recently there has been talk and accusations in Ghana about rewriting history; those of us who write on current events should worry about such accusations because what we write today would be the history of tomorrow,” Ms Ohene stated at the opening of the Second Biennial Conference of the African Studies Association of Africa (ASAA) in Accra.

“Such accusations presuppose that we have a history, a set of sacred facts, which we have all agreed, but attempts are now being made to distort these facts,” she added.

“It is my view that our history has been deliberately distorted by the victors of the independence struggle.

“It is time we faced up to it. And if you don’t take an interest in the telling of current affairs now, you would be teaching distorted history in the next generation. Let’s straighten out our affairs and then take our rightful place on the global stage.”

The three-day conference, on the theme “African Studies and Global Politics,” is being attended by over 260 participants from across the globe, with 142 of them coming from Africa.

ASAA was established in 2013 during the climax of the 50th anniversary celebrations of the Institute of African Studies at the University of Ghana, Legon, to promote Africa’s own specific contributions to the advancement of knowledge about the peoples and cultures of Africa and the Diaspora.

The ASAA is currently the only multidisciplinary and trans-disciplinary professional association on the continent dedicated to the study of Africa from an Africanist perspective, what Kwame Nkrumah, the first president of Ghana, referred to as studying our societies and experiences in an African-centred way.

Ms Ohene, a former Minister in the Kufuor Administration, quoting the famous Hungarian writer, Péter Esterházy in his Celestial Harmonies said: “History belongs to the victors, legends to the people, fantasy to literature. Only death is certain.”

“A variation on the same theme, of course, is the famous saying: ‘the winner writes the history books,’ she explained.

“And I know the winner does write the history books; why else would anybody take issue with President J. A. Kufuor for stating, in his speech at Ghana’s 50th Anniversary celebrations that J.B. Danquah researched, decided on, and campaigned for the name Ghana to be adopted at our nation’s independence”? she quizzed.

Ms Ohene said: “I wouldn’t have thought that there was any argument about that particular indisputable fact”.

“This, after all, is something Danquah had done way back even before the formation of the UGCC, and yet so comprehensive had been the obliteration of Danquah’s role in the official accounts of the struggle for independence that it came as a surprise to a generation of Ghanaians that he had done the work that led to the adoption of the name Ghana, at independence.”

She said in the retelling, the Kwame Nkrumah Ideological Institute became this romantic place that people who believed in Nkrumaism boasted about attending.

“But in truth, I also attended the Kwame Nkrumah Ideological Institute, and I was certainly not an Nkrumaist,” she revealed.

“Everybody who entered any university in Ghana in 1964 and 1965 had to go to the Ideological Institute for two weeks of orientation. It was obligatory.”

Ms Ohene said: “It is my view that some of our history, as currently being told and taught, does need to be rewritten; at the very least, to fill in some of the critical blanks. And those of you who purport to teach this history ought to be interested.”

She said that September 21, 1909 date was not and could not be the birthday of our first President.

Ms Ohene explained that that day was a Tuesday, and that President Kwame Nkrumah was not born on a Tuesday.

“He was most likely born on a Friday, for he was known and called Kofi Nwiah, up until he went to the United States and that is where he changed his name to Kwame Nkrumah; that is a fact, it is not rewriting history.”

She said: “Nothing’s wrong with changing your name but it goes to show that we have been changing and acquiring new dates of birth for a long time.”

Professor Akosua Adomako Ampofo, Founding Vice President, ASAA, said the organisation was committed to providing a space where Africanists could formally collaborate to engage in the important work of reflecting on and proposing concrete responses to the global African solutions.

“The work we do as professionals Africanists must impact our communities,” Prof Ampofo stated.