October 11, 2017 Africa/International Comments Off on Excluding corporate tax avoidance from definitions of illicit financial flows will undermine progress in fight – ECA and partners 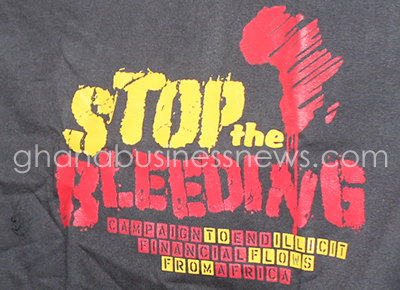 The Economic Commission for Africa, (ECA) and its partners have warned that if the efforts to confine the definition of illicit financial flows (IFFs) and its measurement to criminal and outright activities such as money laundering, corruption and the theft of state assets, while excluding corporate tax avoidance succeeds, they would seriously undermine the progress achieved so far in fighting the phenomena, particularly in Africa.

In a press release announcing the 5th Pan African Conference on Illicit Financial Flows and Taxation which starts in Nairobi, Kenya Wednesday October 11, 2017, it pointed out that a narrow focus on illegal activities would result in anti-IFF programmes and other efforts failing to address aggressive tax avoidance, which represents a substantial portion of IFFs and it is just as harmful to development as the other types of IFFs.

It further argues that removing corporate tax avoidance from consideration, would remove much of the focus on the commercial component of IFFs, which according to the AU-ECA High Level Panel on Illicit Financial Flows in Africa report, accounts for up to 60 per cent of IFFs from Africa.

“It would further remove much of the responsibility and accountability of high-income countries as destinations of IFFs and multinational corporations as the main culprits – reducing IFFs to the misleading, old-fashioned framing of corruption, as a problem caused and to be resolved primarily in developing countries,” it added.

The conference which is jointly organized by the civil society organization, Tax Justice Network Africa, will contribute and feed into ongoing efforts by the Consortium to stem IFFs from Africa which was established as a follow up mechanism to support the implementation of the recommendations of the High Level Panel on Illicit Financial Flows from Africa.

“The Panel’s report was the single most important document underpinning the adoption of SDG target 16.4, to reduce IFF. The 5th Pan African Conference will seek to provide a platform to multiple stake holders and policy actors drawn from governments, CSOs, research and academia and other relevant players to deliberate on the emerging attempts to recast and reshape the IFF narrative and methodology and what this would signify for the struggle against IFF from Africa and more broadly for the implementation of the SDGs,” it said.