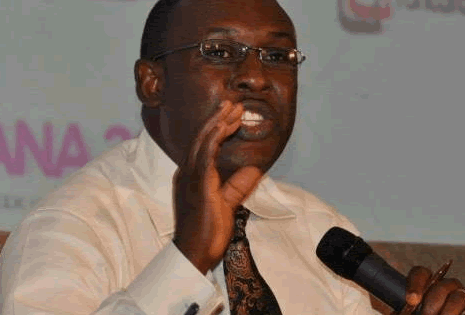 He explained that article 88 of the 1992 constitution, which was entrenched, had vested all prosecutorial powers in the AG, hence, the need to have the SP drawing its powers from the AG.

He said in order to amend article 88, it would take a referendum; stating that there was no guarantee that after the expenditure, that it would succeed.

Mr Bentil made these revelations known in Accra at a Media Dialogue on the OSP Bill, organised by the Ghana Anti-Corruption Coalition in partnership with the Ghana Integrity Initiative, the Centre for Democratic Development (CDD) – Ghana and the Parliamentary News Africa.

Mr Bentil said: “In the current bill under consideration, it is provided within the bill that, in sub-section 4 (6), subject to clause four Article 88, the article that gives powers to the Attorney General, the office is for the purposes of this act: ‘authorised by the Attorney General to initiate and conduct the prosecution of corruption and corruption related offences specified in this Act’.”

“This law is saying that the person, who is going to become the Special Prosecutor is authorised by the Attorney General so to be,” he added.

He noted that: “In otherwise, this Act has dealt with it by saying the person draws their powers from the Attorney General, so that is take care of.

“The problem however, is not completely dealt with. Why because the person who authorises can de-authorised. So in the previous discussions, one of the problems we had was that if he starts doing something you don’t like, what happens? Will the person simply be de-authorised?”

He said sub-section 14 of the bill solves the problem; which says that “once appointed, the person in this office cannot be removed unless a, b, c, e, f,.”

“So there are rules by which you can remove that person. So once you are appointed or elected into this office, it is presumed that it is the AG that appointed you and you cannot be removed unless you commit the offences in sub-section 14,” he said.

Mr Bentil again said: “I however, have a small problem, because a constitution is the overall law of the land, no act can derogate from the constitution. And at this point it is going to be jurisprudential, the philosophy of law.”

“This act therefore, is purporting to amend the constitution by what is written in 4 (2); because this Act is saying that AG has appointed this person. Somebody can go to court, and say what if the AG had not appointed the person, you cannot tell us that the AG has appointed a person, when they haven’t actually done an appointment,” he stated.

He said: “It looks like a small problem, but it is a big problem if it remains like this. And fortunately, I think it be can solved. I think it can be solved with a convention.”

“And the process that I think, we can use to deal with this is that everything can go on. When the appointment process is done, and the person had been picked, the AG should simply issue a letter. So that the actual appointment is done expressly, but is not done by legislation, which is potentially unconstitutional.”

“This law says if the person is appointed it is deemed that AG has appointed. We agree, but it may be challenged, because it is seeking in effect to amend some part of the constitution.”

“So we are saying that in order to close that area, once the person is appointed, the AG should issue the appointment letter.”

On the appointment process of the SP, Mr Bentil said the President would have to nominate the person, who would be subsequently vetted and approved by two-third majority in Parliament.

He said after the Parliamentary approval of the SP, the AG would then issue the incoming SP with an appointment letter, conferring its prosecutorial powers on the SP.

He said the SP would have a Deputy, who would be appointed through the same process as his boss (the SP).

He said the SP would be having a non-renewable seven year tenure.

Mr Bentil said in the event that the position of the SP becomes vacant, the Deputy, would have to act, and the vacancy would have to be filled within 30 days.

He explained that the Deputy SP, was also capable of applying for the substantive portfolio.

He said all corruption cases that were in the domain of the Economic and Organised Crime Office (EOCO) were now within the purview of the OSP.

Mr Bentil questioned the proposed source of funding for the yet-to-be established OSP.

“I can confirm that from what I have seen, in the present revised version, we are ready to have the  Office of the Special Prosecutor,” Mr Bentil said.