Bee-harming pesticides are turning up in honey globally

October 7, 2017 Africa/International Comments Off on Bee-harming pesticides are turning up in honey globally 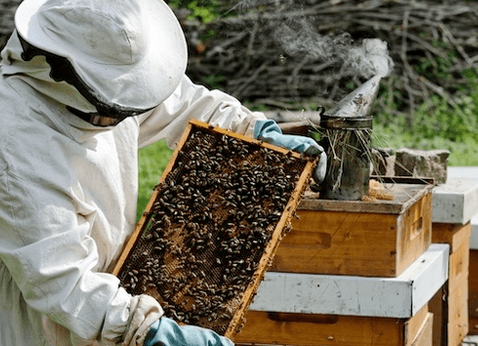 The first global honey survey testing for these pesticides shows just how widely honeybees are exposed to the chemicals, which have been shown to affect the health of bees and other insects.

Dr Edward Mitchell, a soil biologist at the University of Neuchâtel in Switzerland and study co-author said “On the global scale, the contamination is really striking.”

The pesticides are used on many kinds of crops grown in different climates, but traces of the chemicals showed up even in honey from remote islands with very little agriculture.

“I used to think of neonicotinoids as being a [localized] problem next to a small set of crops,” says Amro Zayed, who studies bees at York University in Toronto and wasn’t involved in the research. These pesticides “are much more prevalent than I previously thought.”

Mitchell and his team crowd sourced 198 honey samples from around the world, asking friends and colleagues to send local honey from their home countries or vacation destinations.

The presence of pesticides varied regionally — 86 per cent of the North American samples contained at least one of the five commonly used neonicotinoids that the study measured, while only 57 per cent of South American ones did.

Almost half of all samples globally, contained more than one type of the pesticides, evidence that bees were often foraging in multiple sites affected by pesticides.

In all the samples, the pesticide levels were below what’s been established as safe for human exposure.

Neonicotinoids gained popularity as pesticides in the 1990s, in part because they target the central nervous system of crop-destroying insects, but don’t have the same effects in humans. But the pesticides have been controversial, because a number of studies have found that they can hurt pollinators as well as pests.

There’s been some dispute over whether the pesticides are a major contributor to pollinator decline, with some farmers and pesticide manufacturers arguing that factors such as habitat loss and parasite infection have a bigger impact on bee populations. This new research documents widespread exposure of honeybees to neonicotinoids at levels that have been shown to affect insect health in previous studies, Dr Mitchell argues.

Most concerns about bees have centered on the European honeybee, Apis mellifera, which people have spread around the world as a crop pollinator. But native pollinators can be exposed to neonicotinoids, too, and are often more vulnerable to the pesticides’ effects, says Geraldine Wright, an insect neuroethologist at Newcastle University in Newcastle upon Tyne, England.

Bumblebees and sweat bees tend to live in smaller hives than honeybees, so just a few foragers can more quickly spread contamination to the whole colony.