Home / ICT / Some 3.9 billion people in the world lack access to ICT

Some 3.9 billion people in the world lack access to ICT

September 25, 2017 ICT Comments Off on Some 3.9 billion people in the world lack access to ICT 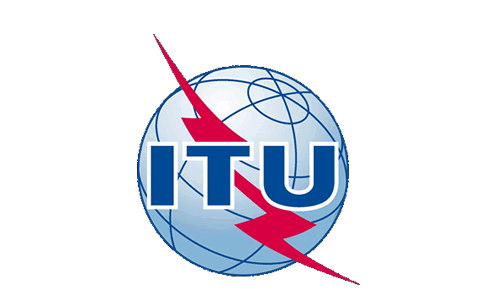 The International Telecommunication Union (ITU) Telecom World 2017 conference opened today with an urgent call on governments as well as local and global ICT players to work together and connect the 3.9 billion people who lack ICT access in the world today.

ITU Secretary General Houlin Zhao, who made the call at the grand opening ceremony, observed that whereas it was refreshing to note that 95 per cent of the world today has mobile connections, it is sad note 3.9 billion people were yet to be connected.

He said this year’s ITU Telecom World, taking place in Busan, South Korea under the theme Smart Digital Transformation, Global Opportunities”, was therefore dedicated, among other things, to forging business to business as well as business to government partnerships as part of the drive to connect the unconnected.

Houlin Zhao noted that special attention would also be paid to small and medium scale enterprises (SMEs) in the ICT industry because they are doing a lot to connected the unserved and underserved and ITU is seeking mainstream them to drive that agenda strongly.

Indeed, in Ghana, government, through the National Communications Authority (NCA), recently announced a novelty authorization for telcos to use their 900MHz 2G spectrum to deploy Universal Mobile Telecommunication Systems (UMTS) and provide affordable 3G service in the unserved and underserved areas.

Government is giving this authorization for free to the telcos, and the telcos themselves have said that deploying UMTS on 900MHz is much cheaper than deploying same on the 2100MHz originally licensed to them for 3G.

The telcos said they are therefore happy to apply for the authorization and deploy 3G to the unconnected areas of the country, in line ITU vision of connection the unconnected 3.9 billion people of the world.

Again, team Ghana, at the ITU would be showcasing the e-Transform agenda, which is a national drive towards digitizing all state institutions and digitalizing services from the state to citizens.

Part of that agenda would be to digitalize citizens records in order for government to serve them better.

Indeed, Minister of Communications, Ursula Owusu Ekuful put it more succinctly in her statement to participants of the ITU Telecom World saying “As part of our Digital Ghana Agenda, we are embarking on an ambitious infrastructure development programme for the ICT Sector, with a national broadband infrastructure and total connectivity for the unserved and underserved at the heart of the agenda. No one will be left behind.”

The Minister, who is being represented at the ITU Conference by his Deputy, Nenyi George Kojo Andah, took the opportunity to invite participants to Ghana’s stand to interact with Ghana’s exhibitors and to see the innovative products being showcased by the Ghanaian delegation.

The ITU is placing strong emphasis on the role of tech SMEs in bridging the digital gap, and WASPAG is a group of Ghanaian tech SMEs using affordable mobile technologies to deliver services in both privileged and less-privileged communities.

WASPAG is at the ITU conference to take advantage of ITU’s focus on SMEs to showcase what they do as separate entities to ensure digital inclusion, particularly their mobile health service that bring health professional to the doorstep of customers at very affordable rates.

WASPAG Chair, Ismael Yamson told Adom News they contribute to expanding connectivity to underserved areas through GIFEC, the universal access fund, and they would also be happy to extend services to those areas once there is connectivity.

GIFEC is also undertaking an ambitious smart communities project to ensure affordable and or free WIFI to specific communities to help grow businesses, access to information and essential services through local WIFI connectivity.

This project, slated to take off next month, will run on the back of government’s 4G LTE set up under NITA and also on GIFEC’s own Satellite Hub.

Administrator of GIFEC, Kofi Asante who led the GIFEC team to Busan, told Adom News smart communities project will start from four communities – Berekum, Goaso, Asankragwa and Asomura, and it will be spread to other areas going forward.

He said GIFEC are also remodeling their operations to now partner with telcos and infrastructure companies to raise more towers at a faster rate in the unserved and underserved communities.

“For starters, we are working with MTN and Huawei to raise 100 of such towers by the close of this year alone and next year we will raise 200 more of such towers – which is much better than the 170 towers GIFEC has put up under the old model,” he said.

On their part, NITA has laid fibre network from Accra through the eastern corridor (Volta Region) to Bawku, and has spread 120 4G LTE towers across the country and are they working on laying fibre along the western corridor through to Hamile in the north.

NITA boss, Jeffrey Konadu Addo also told Adom News the vision is to ready the communities for industry players to find it viable to connect to the government infrastructure and offer affordable WIFI service in the deprived areas.

He said NITA is about to connect schools on the infrastructure it has spread across the country and that will also benefit the communities in which the schools are.

“Currently our infrastructure is only serving government institutions but we are in talks with some private businesses who want to come on board but we need to regulate well in order for there to be sanity in the system,” the NITA boss.

Meanwhile, South African Minister of Telecoms and Postal Services, Siyabonga Cyprian Cwele announced that South Africa is ready to host ITU Telecom World 2018 “not just because of South Africa but it is time the ITU comes to Africa.”

He noted that the ITU cannot quite be global unless its global conference comes to Africa and the time is now.

Siyabonga Cwele said Africa is now on the move as far as ICTs and mobile technologies are concerned, and the continent remains the leading investment destination in the world, offering the most promising investment opportunities.

He therefore urged the world to “come to Africa through South Africa and join the move.”

Hungary also offered to host the ITU Telecom World in 2019.

The Physical Planning Department of the Sekondi – Takoradi Metropolitan Assembly (STMA), with support from …