Ghana government to engage Embassies to end exploitation of migrants

September 9, 2017 General News Comments Off on Ghana government to engage Embassies to end exploitation of migrants 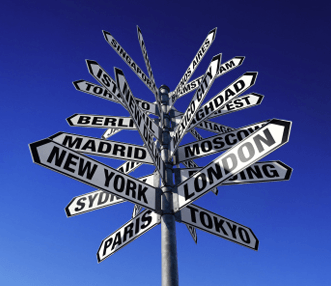 The Government would, from next week, start engaging Gulf States missions in Ghana, to discuss the excessive abuse of Ghanaian migrants so as to streamline foreign migration procedures and sanitise the situation.

Mr Ignatius Baffour Awuah, the Minister of Employment and Labour Relations, made this known when a 12-Member Inter-Agency Committee on the Management of Foreign Labour Migration presented a 24-page Report to him, in Accra, on Friday.

He said the meeting had become necessary because those embassies were involved in the issuance of visas to Ghanaian migrants to the destination countries.

He said the Government was not against foreign migration but was strongly opposed to excessive exploitation of Ghanaian migrants, adding that, Ghanaian migrants deserved to be treated with dignity, while their labour rights were respected in any country they find themselves to work.

In recent times, the Ghanaian media has been inundated with reports of harsh treatment meted out to Ghanaian migrants in the Gulf States such as Qatar, Saudi Arabia and Kuwait.

They are often subjected to sexual exploitation, physical and emotional torture and sometimes, it is alleged that their masters kill them.

Mr Baffour Awuah said the Government’s delegation would be led by representatives from the Ministry of Foreign Affairs and Regional Integration (MFARI) and Ministry of Employment and Labour Relations (MELR).

He expressed appreciation to the members of the Committee for their hard work and assured that the Ministry would study the Report and submit the recommendations to the Cabinet for consideration.

The Minister noted that most countries in the world were signatories to the International Labour Organisation’s conventions on labour, therefore, wherever any citizen of any country found himself or herself they ought to be treated with dignity.

He said the Ministry would issue a White Paper on the Committee’s recommendations after Cabinet had considered it, in order to guide foreign labour migration management.

Some recommendations in the Committee’s Report include ensuring well-coordinated and regulated migration procedures since it could reduce unemployment in Ghana; there should be effective inter-agency collaboration to ensure effective migration governance; licensing of all migration recruitment agencies or agents and bilateral agreement between Ghana and destination countries contributing to the infractions.

Others are that; Ghana should improve bilateral co-operation with destination countries to enhance migration governance; Government should engage Gulf States embassies on non-issuance of visas directly to migrant workers, but rather issue them to only licensed labour recruitment agencies, among others.

Mr Sammy-Longman Attakumah, the Chairperson of the Committee and Chief Director of MELR, the Committee was established by the Sector Minister on July 18 this year, with a two-month mandate, to review existing international labour laws and regulations and make recommendations towards resolving harsh treatment of Ghanaian migrants.

He said the Committee engaged key stakeholders and received input and recommendations in relation to foreign migration.

Currently, there is a temporary ban on the exportation of labour from Ghana to some Gulf States.

Meanwhile, the nation has licensed 58 recruitment migration agencies by the Registrar General’s Department with Board of Directors certified by the Ghana Police Service.