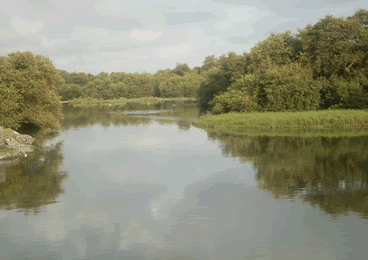 The Chief Executive Officer of Ishemo Construction, Ishmail Lamptey has denied accusations by some residents of La Dadekotopon Municipal Assembly that he had constructed an Astro turf in the area to block the water way of the Kpeshie Lagoon.

Mr Lamptey, a native of La, refuted the claims by the residents, saying that, he legally acquired the land and has documents to back his claims, adding that, the project poses no threat to the Kpeshi Lagoon.

The 42 year old man denied the accusations at a press conference he organised over the weekend to throw more light on the matter.

Mr Lamptey said he acquired the land from his uncle in the year 2000 and wondered why people want to tarnish his image for the good works he’s offering the community.

According to Mr. Lamptey, his love for the community where he grew up and his passion for football led him to construct the Astro turf, which is located opposite the Zenith University College in La, Accra.

The businessman said he has plans to add a Basketball and Tennis courts to the project to help develop talents in the community.

He said his motive was to help the people of the community and had no ambition of destroying the Kpeshi Lagoon as alleged by some people in the area.

Mr. Lamptey told reporters that ‘‘three days ago, I heard on the air waves that I was destroying the Kpeshi Lagoon and that I have armed Land guards to protect the place. But these are all false reports and I don’t know why some people here want to tarnish my image.

“I never blocked the Kpeshi Lagoon and I have documents to back my claims. Some people are spreading lies and have no evidence to support what they are saying. I just don’t know why they don’t appreciate the good works I’m offering the community”.