Government asked to lift ban on replacement of staff

July 25, 2017 General News Comments Off on Government asked to lift ban on replacement of staff 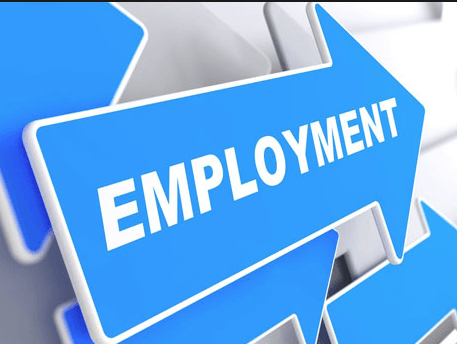 Professor Jerry Kuma, Vice Chancellor of University of Mines and Technology (UMaT), has called on the government to lift the ban on replacement and appointment of staff.

He said this has place a lot of stress on their staff and is also affecting the delivery of quality education.
Prof Kuma said this on Saturday when the University held its 9th congregation for 598 students as against 458 last year.

Out of the total, four were awarded Doctor of Philosophy degrees and 47 were awarded Master of Science degrees.

573 students received Bachelor of Science degrees in their respective engineering programme of study, with 141 of them in the first class division while nine obtained diploma certificates and one candidate had a certificate in English Language.

He said the government through the Ghana National Petroleum Corporate provided seed money of GH¢2 million to start the construction of the first phase of the GH¢10 million School of Petroleum Studies (SPS) building on Campus.

He said per the norms of the National Council for Tertiary Education, the cost of training one science or engineering student was GH¢36,816.00 per year.

The Vice Chancellor said as a public university, government’s support was currently 22 per cent and of this amount, the contribution of students by way of their fees which was almost exclusively Internally Generated Fund (IGF) was 14 per cent.

This, he said, leaves a funding gap of 64 per cent and in view of this gap, UMaT would like to appeal through the Minister of Environment, Science, Technology and Innovation as well as the Minister of Education to reconsider her request that universities should remit 34 per cent of their Internally Generated Fund to central Government.

Prof Kwabena Frimpong Boateng, Minister for Environment, Science, Technology and Innovation, who was the special guest speaker for the occasion, said for a country to develop, it needs to invest in quality scientific research institutions, improve its capacity in innovations, promote University-Industry collaboration in Research and Development, encourage companies to spend on research and development and procure advanced technological products for local use.

He said in line with this, the government continues to commit substantial resources to the education sector.

Prof Frimpong Boateng said the President has announced that he would increase the research and development funds from the present 0.25 per cent of GDP to 1 per cent in the near term and to about 3 in the long term.

The Minister said this would make a big difference in their irreversible march towards STI revolution and industrialization in Ghana.

He congratulated the Vice Chancellor, staff and his administrators for the exceptional work they were doing in UMaT and urged them to continue not just to win awards and recognition, but also to be active participants in the industrial transformation of the country.

Prof Frimpong Boateng urged the graduates to apply what they have been taught in their entrepreneurship classes to whatever they do and turn their ideas into scalable projects so that they can establish their own businesses and create jobs for others in the society as the public system cannot employ all graduates that come out of the universities.

Mr Emmanuel Boateng Aboah, who graduated with first class honors in electrical and electronic engineering, was adjudged the overall best graduating student for this year.

They received cash prize, books, a laptop and certificate as their prizes.