SADA to be restructured into Northern Development Authority

July 19, 2017 General News Comments Off on SADA to be restructured into Northern Development Authority 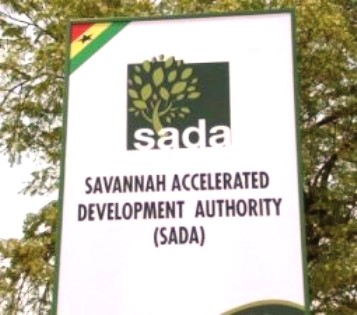 A ten-member regional team for the implementation of Infrastructure for Poverty Eradication Programme (IPEP) in the Northern, Upper East and Upper West regions has been inaugurated in Tamale.

The members are also to see to the implementation of Infrastructure for Poverty Eradication Programme (IPEP) an initiative of the government to curb poverty in the Savannah ecological zone.

The IPEP is an innovative approach to enable government direct capital expenditure towards constituency level specific infrastructure and economic development priorities to combat poverty through industrialisation and job creation.

Under the IPEP, government would focus on infrastructure development and institute a number of inter-connected programme initiatives at the grassroot level to help eradicate poverty, to transform the economy.

Mr Solomon Boar, the Deputy Northern Regional Minister inaugurating the members, said government was committed towards enhancing the economy of the country hence the initiative.

He said the members are to ensure that the programme succeeded to improve agriculture production and growth of industries in order to eradicate poverty in northern Ghana.

He urged the members to work devoid of tribalism and focus on the purpose for which they had been tasked.

Mrs Mavis Hawa, Minister of Special Development Initiatives reiterated government’s commitment towards reducing poverty and increasing opportunities for all Ghanaians, especially the poor and the vulnerable.

She said the multifaceted nature of development challenges coupled with the fast changing world demanded the cutting edge solutions that could positively impact on the lives of the people in the country.

She assured that the members would be attached to the NDA after the transformation period to contribute their quota to the development of the zone.

“Over the years, government has made efforts towards reducing poverty and bridging inequality among population groups and between the different regional areas of the country” she stated.

She advised the members to bring to bear their skills, knowledge and expertise in the implementation of the programme and must exhibit high level of commitment, team spirit, reliability and diligence.

The Technical and Economic Advisor to the Vice President Dr Mutaka Alolo said the IPEP would help improve on the small business and agricultural infrastructural development.

“They will also help to address the perennial water shortage; rehabilitate broken bridges as well as help work to improve the infrastructure of schools in the country” he added.

He said under the IPEP, government would allocate $275 million dollars to the development of basic infrastructure in 275 constituencies to embark on poverty alleviation projects.

He said the programme would focus on agriculture, agribusiness and slum upgrading as well as other government flagship programmes such as the ‘One District, One Factory’, ‘One Village, One Dam’ and ‘One District, one Warehouse’.

They assured their preparedness to collaborate with the team to ensure success and to implement government’s agenda of working to improve lives.