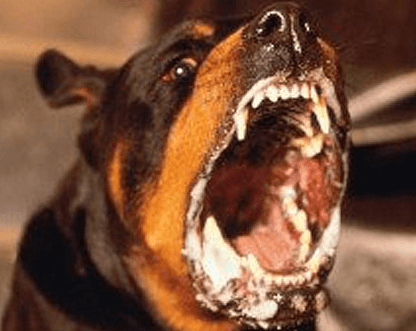 The Veterinary Services of Ghana would soon develop new guidelines on dog possession and ownership in the country to ensure the safety of persons that come into contact with such animals.

Dr Simon Gbene, Acting Regional Director of the Service, pointed out that the spate of attack on humans and sometimes the possible transmission of rabbies, required that stringent measures were put in place to respond to the exigencies of the time.

He was responding to a question on laws regarding ownership of pets and domestic animals, when the service carried out Euthanasia on an Alsatian dog which attacked and mutilated the body of a Six year-old boy in June this year at Amanful in the Ahanta West district of the Western Region.

The process of killing the dog by approved means lasted for about five seconds through an injection of a chemical called T61 administered by the veterinary service personnel.

Dr Gbene said the dog was quarantined by the Veterinary Services for two weeks for monitoring to establish whether it was suffering from rabbies but the results proved negative, but stressed that, further investigation revealed that the dog was a threat to humans.

He explained that the Service sought police order requesting the owner to allow the veterinary service to ‘mercy kill the dog’, the first to be carried out in Ghana.

The Acting Regional Director noted that dogs were very unpredictable and therefore cautioned dog owners, School Authorities and the general public to be very wary of them.

The exercise was witnessed by Officials of the Veterinary Service including; the Regional Director, a Police CID and a cross section of the media.