SARI to research into Frafra potatoes

July 16, 2017 General News Comments Off on SARI to research into Frafra potatoes 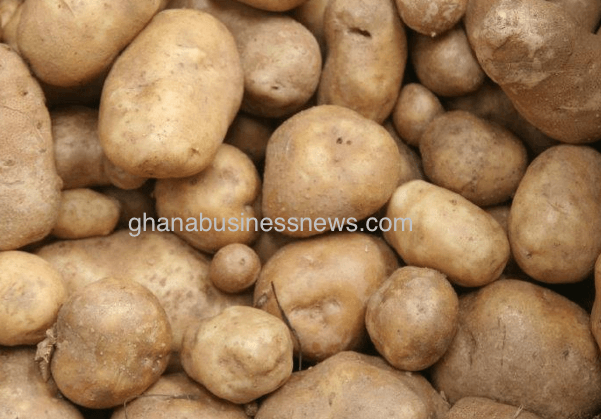 He said the Institute would teach farmers other improved methods of growing the crop apart from the traditional method of storing the seeds.

Dr Kusi who was speaking at a workshop organised by the Institute on Thursday to educate the National Variety Release and Registration Committee (NVRRC) in Bawku said indigenous farmers would benefit from the research because of the level of interest they had shown.

Dr Kusi said the institute would train more farmers in the northern parts of the country to venture into the Frafra potatoes business, and later extend it to cover the entire country.

He said Frafra Potatoes was a healthy crop, nutritious and sugar free and is recommended for diabetics adding that if properly harnessed it could become a national crop staple foodstuff.

Dr Kusi decried the number of Agriculture students in the Region and said the numbers were discouraging because it affected the provision of extension services to farmers thereby affecting farming in general.

He appealed to government to establish an Agricultural training college in the region pointing out that more farmers grew Frafra potatoes because of its profitability and nutritional value as it contained carbohydrate and expensive on the market as compared to sweet potatoes.

Dr Kusi explained that the Frafra potato which is lesser known and under exploited stem food crop in Ghana, was limited due to the lack of technology to change the traditional production practices indicating that the potatoes could be used to prepare tuo zaafi, tick porridge, kose(potato cake), and bread among others.

He said the variety was however facing challenges such as deterioration in storage, lack of healthy and reliable planting materials and pests and diseases infection.

The researcher called on farmers to participate in the training to enable them plant the crop in the coming season.

Reverend John Manu, Upper East Regional Director of Agriculture expressed optimism that the research would go a long way to reduce poverty in the area and called on the teaming youth to go into cropping the variety since it was a good source of employment and could improve on their livelihoods.