Home / Africa/International / How relevant is British Curriculum for schools in Africa?

How relevant is British Curriculum for schools in Africa?

July 13, 2017 Africa/International, Feature Articles Comments Off on How relevant is British Curriculum for schools in Africa? 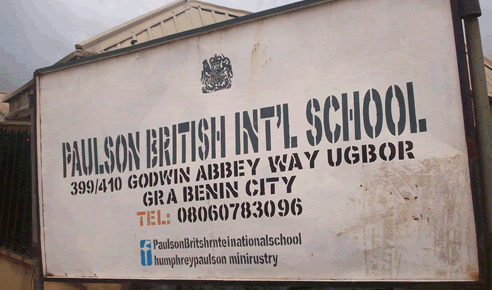 The British Curriculum otherwise known as the National Curriculum of England is a ‘statutory national curriculum framework’ that was developed by the UK government to help guide administrators as well as tutors on integral aspects related to the educational development of children of school age who live in the United Kingdom or have direct connections to it. However, this system of education is no longer restricted to the United Kingdom. Over the years, it has become widely accepted in other continents including Africa.

In a survey carried out by Peace Ezebuiro of buzzghana.com, she discovered that fifteen out of the top twenty schools in Ghana, use the British Curriculum. In Kenya, the story is not much different. Schools like Braeburn which is located in the capital, Nairobi and established schools like Greensteds which is situated in the south of Nakuru Town also use the British Curriculum.

Nigeria is not left out as there are about a dozen schools in the commercial capital, Lagos which is home to more than seven million individuals.

Information on the British International School Riyahd website gives a clue on why the curriculum is gaining wide acceptance; “British education has achieved a worldwide reputation for quality, and is recognised and respected around the world,” it states

Chinyere Lawrence is a self-employed Nigerian parent who also sees nothing wrong for an individual to use the curriculum; “The British curriculum is used to prepare those who want to school abroad,” she says but there are others who hold a contrary view and see it as a subtle tool for entrenching neo-colonialism.

They wonder why it has become very much accepted even among those that have no immediate plans of sending their children abroad. “I have never been able to wrap my head around this issue. We are mentally enslaved. The chains never dropped,” says Li Lian a parent living in Abuja. However, some parents insist that the British Curriculum has all it takes to educate their children.

A closer look at the curriculum on the UK government website gives some credibility to the latter view as subjects like English, mathematics, science which are core subjects in the Ghanaian, Kenyan and Nigerian curricula are also present but experts in education disagree, they believe that the curriculum would cause more harm than good especially for those that have no intention of schooling in the United Kingdom.

Agbanyero Chukwudebe is the proprietor of Playlearn which is an elementary school based in Asaba. Apart from being a seasoned educationist, she has also obtained a master’s degree in education from Harvard University. She questions the trend by certain schools to incorporate the British or other foreign curriculum. 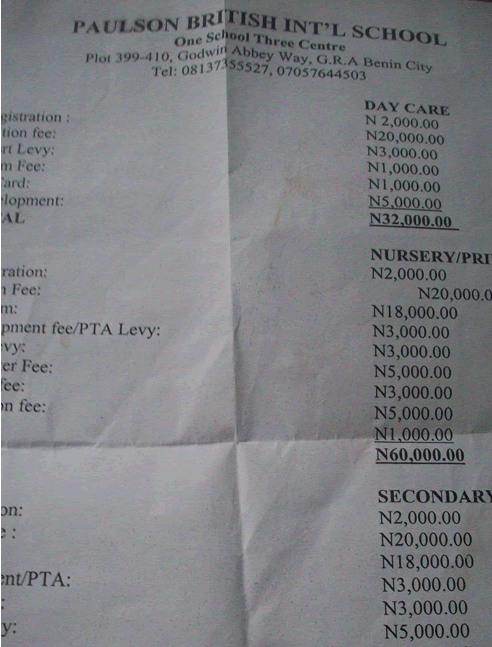 in when they get back to their home country,” she states.

Lidadi Eni Ele Pan who is an African that attended Asia International School Bangkok, Thailand agrees. “I had the privilege of schooling abroad for a few years in a school that ran the British curriculum and I was being prepared to write the IB which starts from grade 7.”

But Agbanyero wonders why those who have no intention of travelling insist on making their children use the British Curriculum. “In Nigeria for example, Commerce is a subject that is taught in schools and it is not in the curriculum,” she says.

Other educationists wonder how much of African history will be taught in such schools that use foreign curricula. As a result of these worries, some schools like St Mary’s Dedication British International School which is based in Nigeria has decided to combine curricula i.e. use the British alongside the home-based.

“Such schools will need to employ qualified and trained teachers for the purpose if not they will be confusing the innocent pupils,”says Chinyere as a word of advice.

For some, they see the choice to use the British Curriculum not only as a tool to propagate identity confusion but also as a platform for some to highlight their lack of self-esteem.

After some investigations, it was found that some schools in a desperate bid to get more patronage, claim to use a foreign curriculum even though little or nothing accompanies this claim. Some of the afore-mentioned use a Caucasian who is not even qualified to act as a front. Some that are not buoyant enough to get any foreigner to work for them still use titles and names that could be misleading. One of such schools is the ‘Paulson British International School’. It is located at Plot 399-410 Godwin Abbey Way, G.R.A, Benin-City. The Principal Mr Ademola could not give a clear answer when asked by a reporter posing to be a parent what qualifies the school to be termed ‘British’. Based on his explanation the fact that the school arranges excursion trips to Ghana for students and the fact that the proprietor lives in the United Kingdom makes it British. On closer inspection of the school, the students were not only seen to be learning in an uncomfortable environment, there was no sign of any expatriate teacher. While the investigations were ongoing, the students of a class in the kindergarten session could be heard answering in a sing-song to a teacher’s query. Their voices gave no indications of being British in any sense. The school also had no prospectus to give on that visit. All that was presented was a typed piece of paper with details of the school fees.

Iruka Okey is a parent of Nigerian origin. She is not one of those who is in a hurry to abandon her roots. Even though she lives in the United Kingdom. Unlike many, she prefers the Nigerian method of education. “Nigerian textbooks are more challenging,” she says. “I live in the UK but I teach my children with Nigerian text books.” She lists Macmillan mathematics and English (Nigerian Edition) as some of the books she uses.