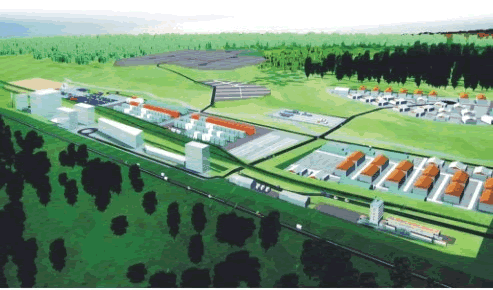 There is growing unease and anger among people, who have lost their lands to the Boankra Inland Port in the Ejisu-Juaben Municipality over the delay in compensation payment.

It is now 16 years since their lands were taken away from them and they claim they are yet to receive any compensation.

Mr. Afrane Okesse, their spokesperson, said the going had become tough for them because they depended on the land for their livelihood.

They were farming on the 500 acre to take care of themselves and their families.

He said they found it deeply worrying that the government had not kept faith with them.

Mr. Okesse also expressed concern about the lack of urgency in the implementation of the Inland Port after cocoa farms, citrus and oil palm plantations had been cut down to make way for the project.

It was most hurtful to see the vast stretch of land now taken over by cattle. Herdsmen had taken advantage of the lack of activity to settle their animals, numbering about 4,000 on the place.

Mr. Okesse indicated that many of the people, who had allowed their lands to go, expecting that the project was going to give jobs to the youth in the area were “increasingly becoming disappointed and feeling betrayed”.

He therefore appealed to the government to move quickly to get the project done and appropriate compensation paid to the land owners.

The Boankra Inland Port Project is being implemented by the Ghana Shippers Authority in collaboration with the Ghana Ports and Harbors Authority.

The goal is to ease congestion at the Tema Port and when ready would serve neighboring countries including Burkina Faso, Mali and Niger.